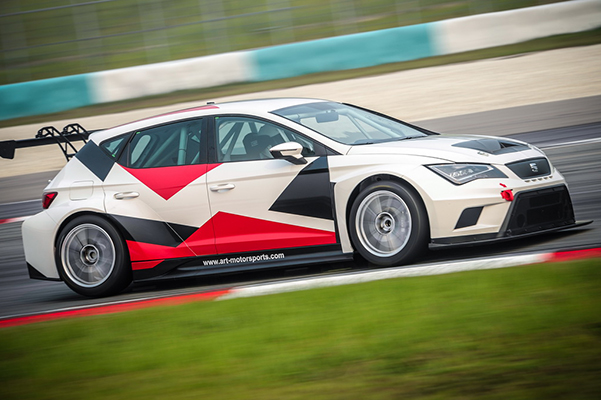 Descombes and Ávila to race for ART

One the eve of the first event of the TCR Asia Series at Sepang International Circuit in Malaysia, Macau’s Asia Racing Team have revealed that Frenchman Philippe Descombes, and Macanese Rodolfo Ávila will campaign their two SEAT Léon cars for the season-opener.
Descombes is perhaps better known as the man at the helm of the ART operation, assisting a number of drivers to championship wins across the Asian region in both open-wheelers and sportscars, however the Frenchman is also an accomplished driver, and he is looking forward to returning to driving duties.
Ávila too is a well respected and successful campaigner in Asia, however unlike Descombes, much of his time is spent behind the wheel; he is a regular in Porsche Carrera Cup Asia and will contest both categories this weekend.

“It’s a great opportunity for this event to have Phillipe and Rodolfo test the cars and collect some precious data to prepare for the coming events,” ART’s Chief of Operations Sérgio Fonseca explained.

Action will get underway at Sepang today, with two practice sessions ahead of qualifying and the opening race on Saturday, and two further ten lap races on Sunday.