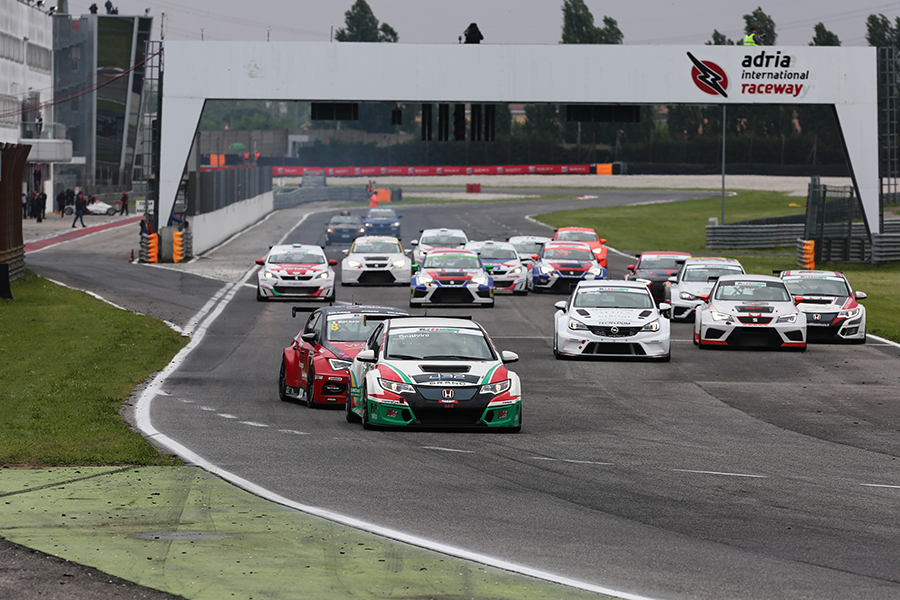 The TCR promoter has unveiled details of the 2017 TCR European Trophy that will take place in a one-off event at Adria International Raceway, Italy, on October 29th.

Eligible drivers
Only the drivers who did take part in at least one TCR event during the 2017 season are eligible for the 2017 TCR European Trophy.
However the drivers classified in the first ten positions of the 2017 TCR International Series, as per 30 September 2017, are not eligible.
The promoter reserves the right to allocate Wild Card entries.

Qualifying races and Repechage
In case of Event Format B, the best ten scorers of each Qualifying Race will qualify for the Final race. The driver who has scored the highest number of points in the fastest Qualifying Race will win pole position.
Those who have failed to qualify will take part in the Repechage Race; the first six drivers classified will be admitted to the Final Race in the positions from 21 to 26.

Special prize
The winning Driver of the 2017 TCR European Trophy will be awarded with a road car produced by one of the brands that have homologated TCR racing cars.