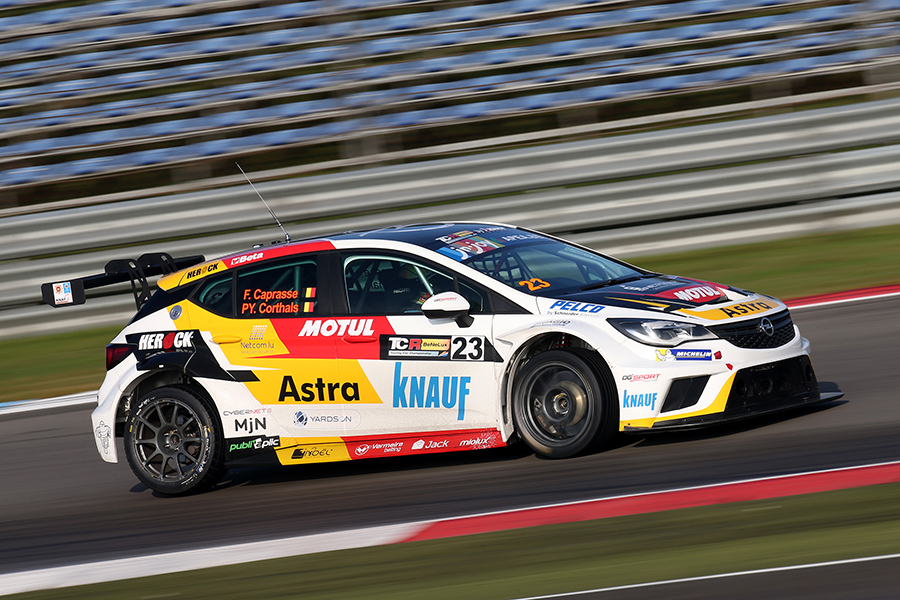 DG Sport Compétition announced its participation in the 2017 TCR International Series with two Opel Astra TCR cars.
During the past season, the Belgian team successfully took part in both the TCR Benelux and the TCR Trophy Europe with one Astra shared by Pierre-Yves Corthals and Frédéric Caprasse. Eventually Corthals claimed the European Trophy and – together with Caprasse – finished runner up in the Benelux series.
In 2016 DG Sport Compétition has developed close ties of trust and respect with Opel Motorsport and Kissling Motorsport and the three parties have now put together a 2017 programme that is as ambitious as exciting.
The team will announce its drivers in due course, although Pierre-Yves Corthals is quite obviously the top candidate. Drawing on his experience on the world scene, the Liège based driver dreams of taking on the TCR brigade and is presently looking to finalise his budget. Applications are open for the second car that DG Sport Compétition wants to entrust to a ‘stalwart’ who will also bring his contribution to the budget required to produce a winning campaign.
The prospect of joining the world elite of the TCR category thoroughly delights and motivates the Belgian outfit: “I must admit that I am proud of the trust that Opel Motorsport have placed in us,” Christian Jupsin, the man in charge of the project at DG Sport Compétition commented. “It’s a wonderful reward for the hard work put in by the entire team. We will be taking on the TCR International Series with the same objective that has always been ours up until now, in fact in all the championships that we have ever competed in: we will be out to play a leading role as quickly as possible!”