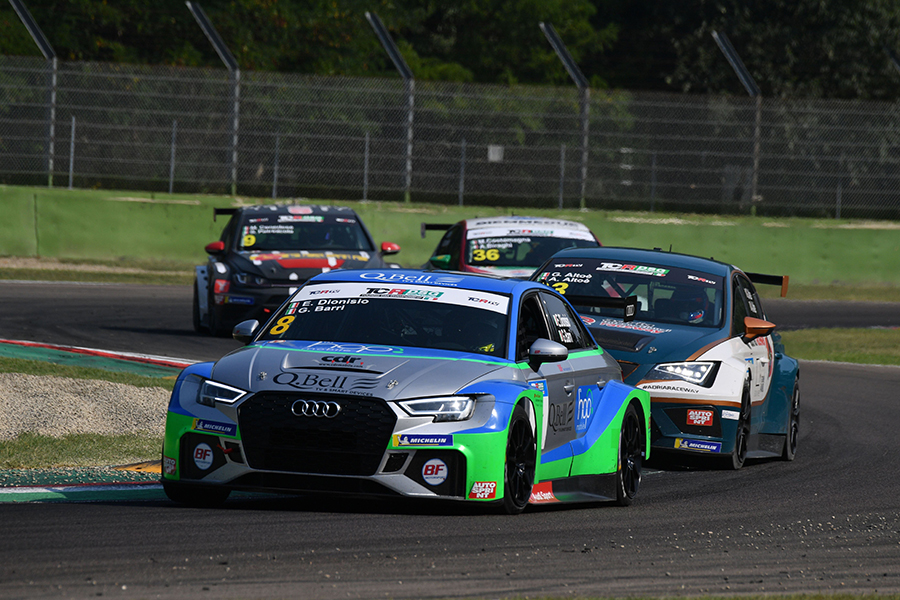 Dionisio and Barri to race in the TCR DSG Europe series

The runner-up pairing from last year’s Campionato Italiano TCR DSG Endurance, Ermanno Dionisio and Giacomo Barri, have signed up to contest both the new TCR DSG Europe and the TCR DSG Italy Endurance series in 2020.
They took two wins at Vallelunga and Imola last year on their way to second in the standings, just 13 points away from the championship.
Dionisio, 60, has been racing in touring cars since 2008, and has been competing in TCR for three years, first entering the inaugural TCR Europe Trophy event at the Adria Raceway in 2017, driving a DSG-equipped Audi RS 3 LMS.
His co-driver and son-in-law, Giacomo Barri, is 29 years old, and already has a decade of experience in endurance racing, competing in both sports cars and more recently touring cars.
The two drivers will share an Audi RS 3 LMS run by the new-established Team Italy, with the start of the season just under a month away at the Misano World Circuit on August 8th-9th.

“I have set up my own team with the aim of bringing professionalism and image to the championship. I think we have a very good staff with my former rally co-driver Aldo Malchiodi as team manager and Giuseppe Bellavia as technical director. I am confident we have all we need to be competitive and sell our life dearly. Our goal is to fight for the title in both the European and the Italian series,” Dionisio said.