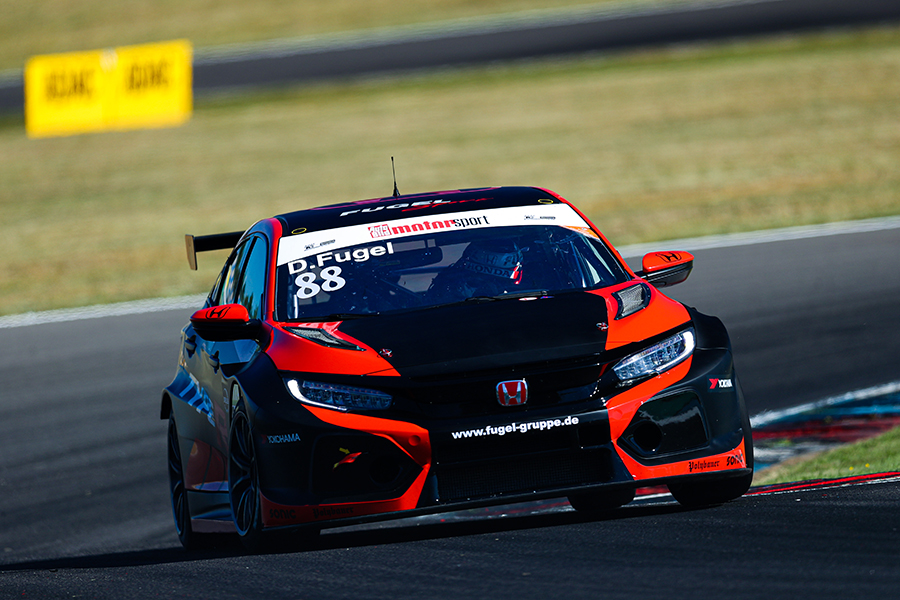 Dominik Fugel claimed a brilliant victory in the second race of TCR Germany at Lausitzring. Fugel drove his Profi-Car Team Honda Civic to take the lead shortly after the start and was then able to create a small gap that enabled him to beat the Hyundai cars of Harald Proczyk and Antti Buri that finished in second and third positions respectively.
Race 1 winner Nico Gruber moved into fourth by the end of the race and so emerged as the leader of the standings after the season opener, with a slim margin of three points over Proczyk, while Buri and Fugel are third and fourth with gaps of 5 and 8 points.
René Kircher was on pole on the reversed grid, with Michelle Halder alongside him and was the latter who led the field into Turn 1; however, she was soon passed by Dominik Fugel and her brother Mike, dropping to third. One lap later, Proczyk too passed Michelle for P3.
The young lady lost another position in lap 6, when Buri passed her for P4.
As Fugel was trying to pull away, behind him Mike Halder’s pace suddenly faded and at the end of lap 8, he pitted and retired. This promoted Proczyk and Buri to second and third, but despite their efforts they were no able to close in on Fugel who went to claim a dominant victory.
Two laps from the end, Gruber was finally able to pass Michelle and moved into P4.
TCR Germany will resume at the Nürburgring on 15/16 August.