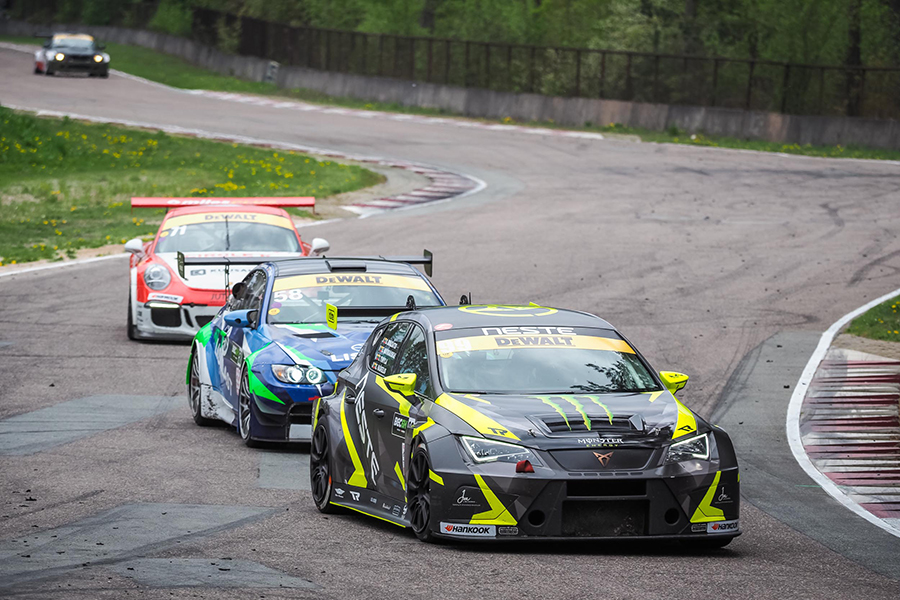 The first round of the NEZ6H series took place at Bikernieki’s racetrack, nearby Latvia’s capital city Riga.
Eight teams took part in the TCR class, proving to be competitive and reliable. Eventually TCR cars filled the overall positions from second to seventh behind the winning Porsche 911 GT3.
Victory in TCR went to the Lithuania-based team Dream 2 Drive PRO that ran a CUPRA DSG for Eimantas Navikauskas, Oskaras Brazaitis, Kasparas Vaškelis and Tauras Tunyla; they covered 234 laps during the six hours.
After setting the fastest lap in the class during Qualifying, the Dream 2 Drive CUPRA was in a close battle for most of the race with the other CUPRA DSG entered by DHL Racing Team, the Noker Racing Volkswagen Golf GTI and the MV Sport Hyundai i30 N.
Eventually the Hyundai shared by Deividas Jocius, Mindaugas Liatukas and Mindaugas Varža took the second place, two laps behind the winners; the podium was completed by the Noker Racing Volkswagen Golf driven by Kęstutis Stasionis and Marius Slaboševičius one further lap behind.