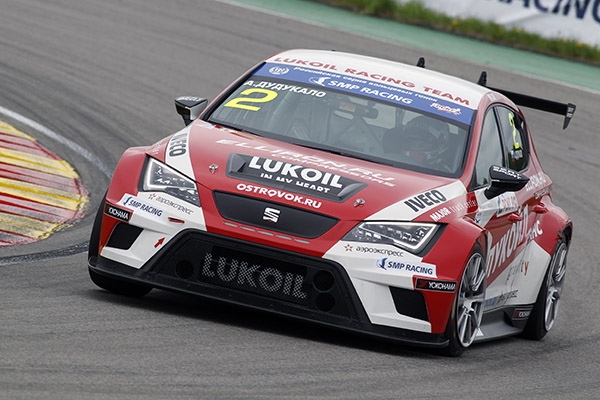 Dudukalo joins TCR for the Russian event at Sochi

Aleksey Dudukalo is arguably one of the most popular drivers in the panorama of Russian auto racing, collecting a great deal of race victories and national titles in the latest fifteen years on both, tarmac and… ice.
Supported by Lukoil, ‘Dudu’ was also given the opportunity to race for a couple of seasons in the FIA World Touring Car Championship (claiming one podium result in 2012) before returning to the Russian Circuit Racing Series in which he is currently leading the Touring category at the wheel of a TCR-spec SEAT León.
This weekend at Sochi, Dudukalo will reappear on the international stage competing in the TCR International Series in a SEAT León run by the Team Craft-Bamboo Lukoil.

"I'm glad to participate in the Sochi event; it's like a homecoming for me, as I know a lot of guys from my WTCC years. TCR is on the rise now, races are filled with a spirit of wheel-to-wheel fighting and that's what the drivers and fans like most!” said Dudukalo.