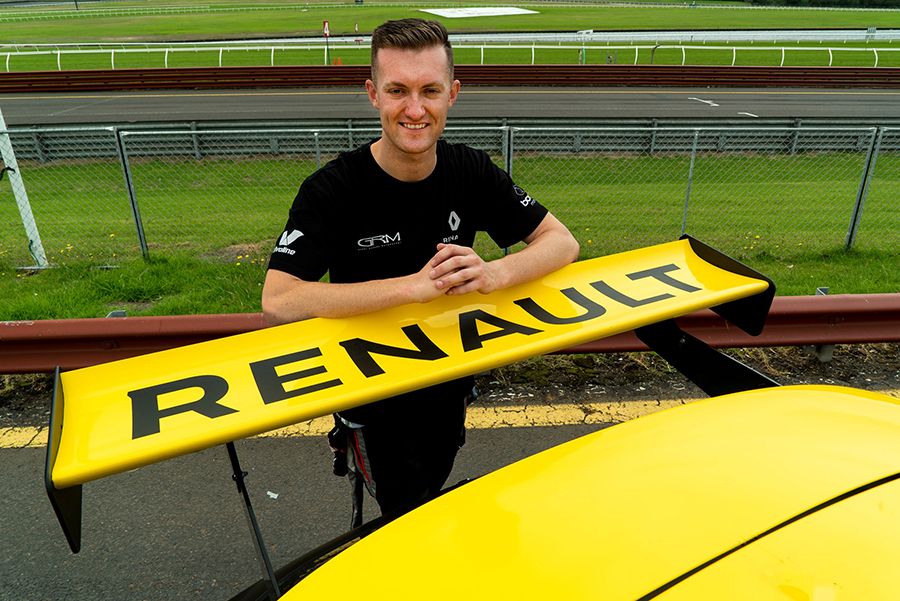 Dylan O’Keeffe has changed allegiances from Italy to France for the 2020 TCR Australia, switching from Alfa Romeo to Renault for his second season in series.
Driving a Giulietta for Ashley Seward Motorsport, the Melbourne racer was one of the main title fighters last year; as well as recording four race wins and eight podiums, O’Keeffe also received the Astrontech Award for achieving the most pole positions.
This season, O’Keeffe will continue in a Renault Mégane RS for Garry Rogers Motorsport. He is no stranger to the GRM outfit; as well as racing for them in last year’s Dunlop Super2 Series, he continues to work full-time at their workshop during the week.

“I had spent that much time around the Renault TCR at work, I felt like I knew it intimately before I even got behind the wheel, so it was cool to finally turn some laps in anger,” O’Keeffe said. “Compared to the Alfa, the biggest difference is with the gear selection; it’s the only car in the field that doesn’t have paddle-shift, but I got used to it very quickly. In terms of performance and handling, it feels very similar to the Alfa; the fundamental driving style is much the same. We had a good setup out of the box at Sandown, and I was able to punch out some competitive times throughout the day.”