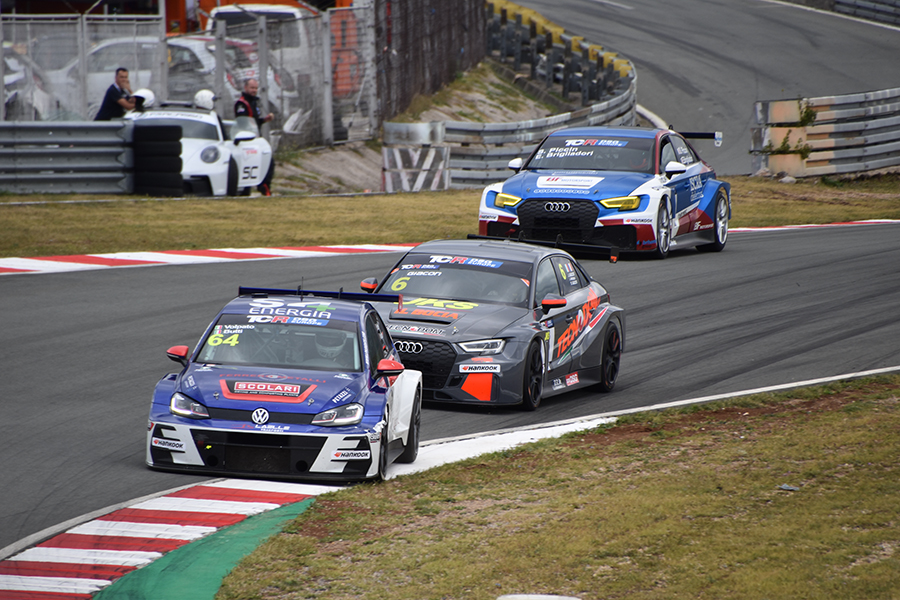 For the second consecutive race Élite Motorsport beat Tecnodom Sport in the TCR DSG Europe series. At Grobnik, Gabriele Volpato encored his victory in the previous round at Misano; this time he shared the Volkswagen Golf GTI with Marco Butti and they edged out the Audi RS 3 LMS driven by Jonathan and Steven Giacon together with Luca Rangoni by less than four seconds at the end of the 2-hour race.
Jonathan Giacon led in the early stages, but Volpato was quickly able to pass him for the lead and then Butti managed to control the return of the Audi in the second half of the race.
On his first appearance in the series, TCR Italy title contender Eric Brigliadori joined the fight for the lead between Giacon and Volpato, but later on the BF Motorsport Audi he shared with Samuele Piccin was slowed by tyre issues and eventually finished fourth.
The podium was completed by the second BF Motorsport entry, the CUPRA shared by Paolo Palanti and local driver Rajmond Terčić.
The second place meant that the Giacon brothers retained the leadership in the standings, 22 points clear of Butti, while Piccini is currently third, four further points adrift.
The fourth round of the TCR DSG Europe will be run on 16/17 October at Mugello.