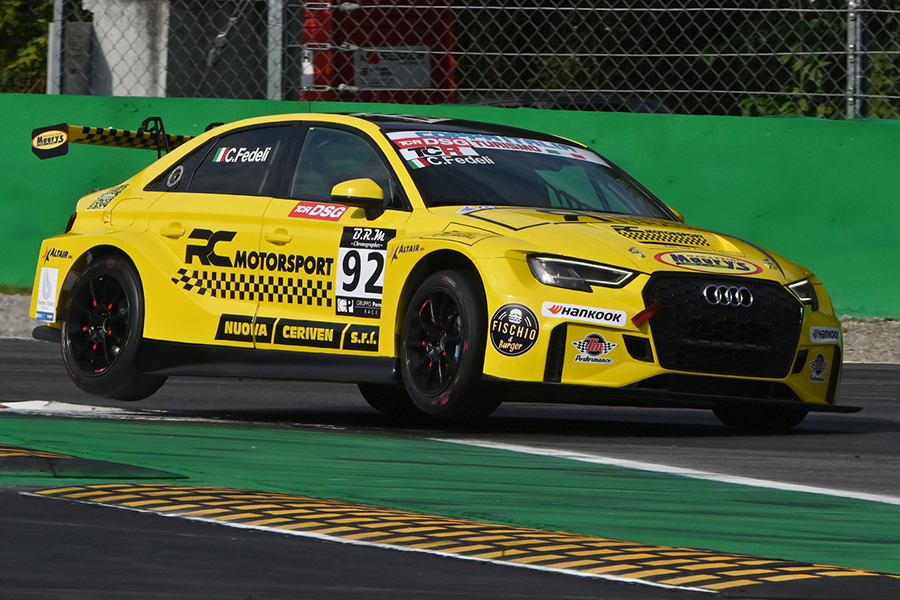 Former Italian Touring Car champion and five times winner of the Le Mans 24-hour Emanuele Pirro will join Carlotta Fedeli for the season finale of TCR DSG Europe at Vallelunga on 27/28 November.
The pair will be at the wheel of an Audi RS 3 LMS run by RC Motorsport, the same car with which Carlotta Fedeli has claimed the DSG Trophy of the Coppa Italia Turismo earlier this year.

“I haven’t raced since some times, but I’m delighted to comeback as Carlotta’s co-driver, as I know her well and I have followed her since she started racing. I also like the format of the TCR DSG Europe series and Vallelunga is my home circuit, so I’m really pleased for having been invited to race in the event,” Pirro said.

“I’m so happy to share my car with Emanuele. He’s a long-time family friend and with his experience he can give us some good advice on how to set-up the car,” Fedeli echoed.