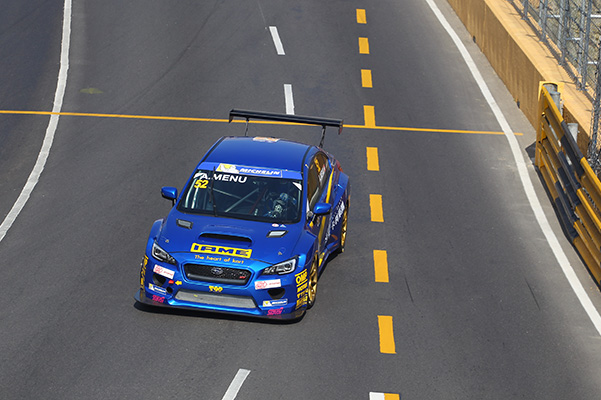 Alain Menu and the Top Run-built Subaru STi have been put out of the TCR International Series final event at Macau by an engine failure.
The Swiss driver had missed the first half of today’s first practice session while the team’s crew worked to adjust the set up following his advices.
When Menu hit the track again he felt that the engine was losing power, slowed down and stopped on the pit straight even before completing his first timed lap.

“When we checked on the engine, we found that it had seized up. And yet there are no signs of failure such as overheating, oil leaks or lack of water. We have to open the engine and see what happened,”explained a frustrated Renato Russo, Top Run team manager.