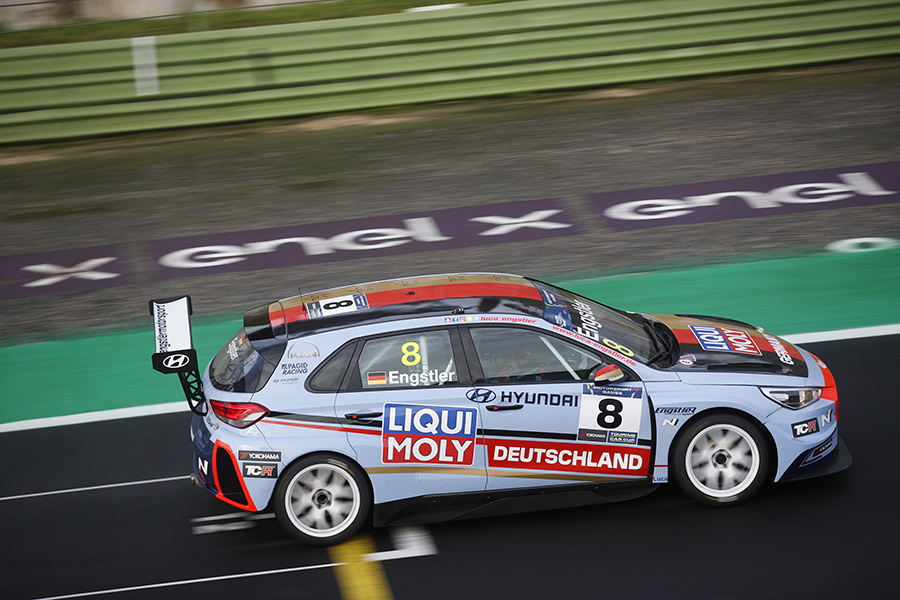 Engstler claims pole for Race 1 in a wet Qualifying

Luca Engstler claimed pole position for the first Race of the FIA Motorsport Games’ Touring Car Cup in a wet Qualifying. The young German clocked the fastest time of 1:56.941 on his first lap out, when the Vallelunga asphalt was still very wet after the morning shower.
Later in the session a gearbox issue stopped his Hyundai car on the track and prevented him from improving. Klim Gavrilov qualified his Audi in second position, two tenths behind Engstler, beating Mato Homola who ranked third.
Jim Ka To in the Team Hong Kong Honda and Rory Butcher in the Team Great Britain MG created surprises as they qualified in fourth and fifth positions respectively ahead of Tom Coronel, John Filippi and Gilles Magnus. However, Ka To will start from the back of the grid due to an engine change after yesterday’s Practice.
The top ten were rounded off by Dušan Kouřil and Valters Zviedris, the latter is the only driver in a DSG car.
The second Qualifying for Sunday’s Race 2 is schedules to start at 10:45 local time (CET); the session will be streamed live at www.tcr-series.com and www.tcr-series.tv.