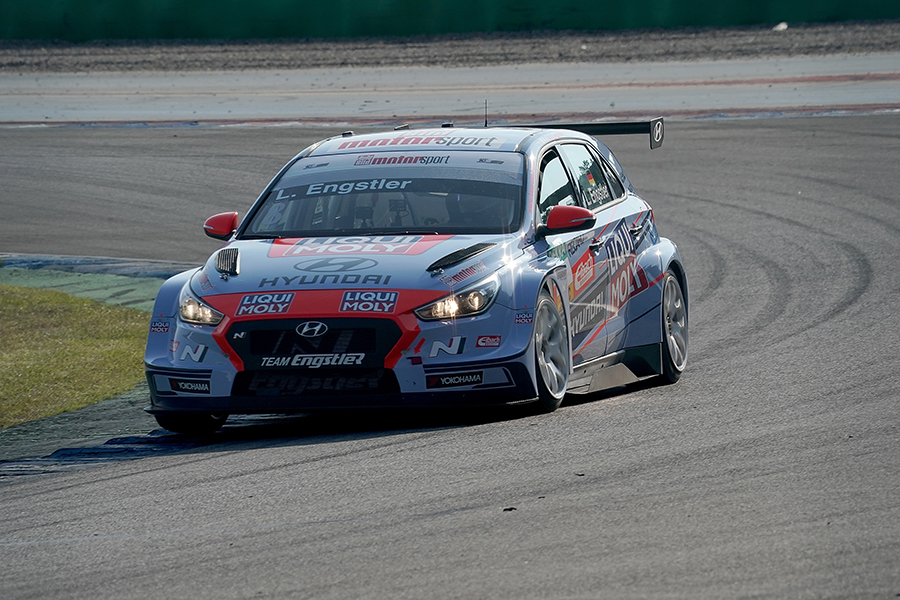 Engstler to start from the pole in Hockenheim’s Race 2

ADAC TCR Germany points leader Luca Engstler replied to Eric Scalvini’s domination at Hockenheim. Yesterday the Italian had beaten Engstler twice, setting pole position and winning the first race, but this morning it was the German youngster who emerged as the fastest in Qualifying, securing the top spot of the grid for this afternoon’s Race 2. Martin Andersen posted the second fastest time, locking the front row for Team Engstler’s Hyundai i30 N cars while René Kircher qualified third, the best result so far in the season for the Team Oettinger driver and his Volkswagen Golf GTI. Scalvini was fourth fastest, only one thousandth of a second ahead of the Lubner Motorsport Opel Astra driven by Philipp Regensperger. The Team ADAC Sachsen Honda Civic cars of Marcel and Dominik Fugel were classified eighth and 11th respectively.
Scalvini posted two provisional fastest laps of 1:49.029 and 1:49.017 in the early stages of the session, but it was Jonas Karklys the first one to complete a lap in less that 1:48. The Lithuanian’s Hyundai i30 N was clocked at 1:48.895.
Halfway-through the 20-minute session, Engstler moved on top with a lap of 1:48.515. His competitors tried to beat him, but at no avail. Towards the end, Andersen climbed to second with a lap of 1:48.629, demoting Kircher and Scalvini to third and fourth.
Just before the chequered flag was waved, Engstler improved again to 1:48.151.
The second race will start at 13:30 CEST with live streaming at www.tcr-series.com.