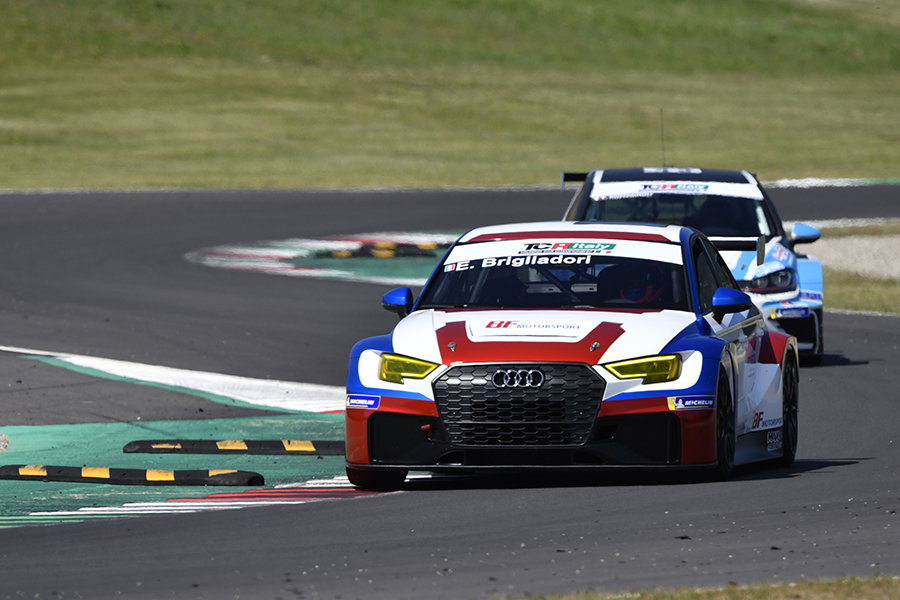 On his maiden appearance in the TCR Italy championship, Eric Brigliadori won the pole position for the season’s opening race at Mugello. The BF Motorsport youngster drove his Audi RS 3 LMS to clock a lap of 1:57.276 that was actually the second fastest of the session. However, Franco Girolami who had set the best time of 1:56.850 in his MM Motorsport Honda Civic, had his effort disallowed for not respecting the yellow flags. The Argentine’s second-best time of 1:57.847 placed him fourth on the grid for this afternoon’s Race 1.
Marco Pellegrini’s Target Competition Hyundai i30 N and Salvatore Tavano’s Scuderia Girasole CUPRA Leon Competición were moved up into second and third respectively, while Damiano Reduzzi completed the top-five in his Hyundai.
With cars of four different brands starting from the first two rows of the grid, a close battle is expected for victory in Race 1 that will start at 18:40 local time (CEST) and will be streamed live at www.tcr-series.com.