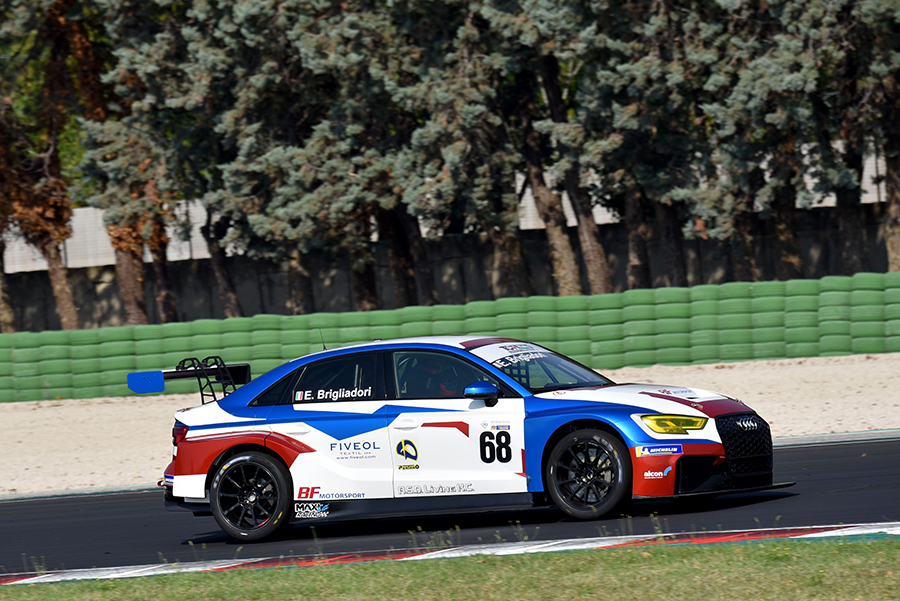 For the second consecutive race, Felice Jelmini was stripped of a victory in TCR Italy.
Two weeks ago, he lost the win in Race 2 at Mugello because of a 25-second penalty for a race incident and that promoted Damiano Reduzzi to race winner.
Today Jelmini was excluded from Misano’s Race 1 for a technical infringement. This meant that Eric Brigliadori inherited victory, while Salvatore Tavano and Marco Pellegrini were promoted to second and third respectively.
In the championship standings, Pellegrini is still in the lead, 11 points clear of Tavano.