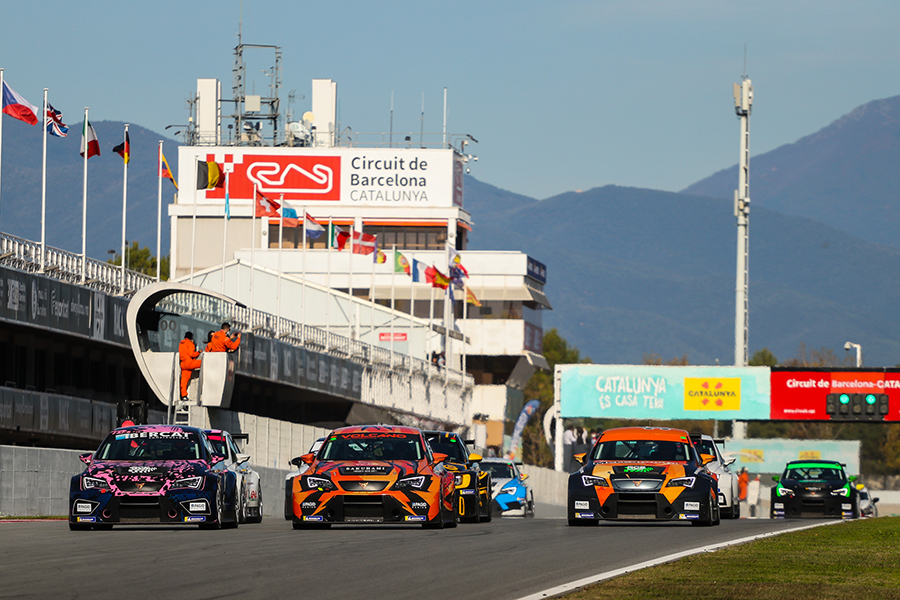 The Campeonato de España Resistencia visited the Barcelona-Catalunya circuit for the traditional 2-hour race that counted as penultimate event of the season.
Evgenii Leonov lacked the support of his usual teammate Mikel Azcona – who was racing at Motorland Aragón in WTCR – but decided to race by himself in the Volcano Motorsport CUPRA and scored an outstanding victory.
During the first hour, Leonov battled for the lead with Ferran Méndez in one of the CUPRA cars run by RC2 Junior Team. They swapped the leadership several times before the half-way pit stop, when Jordi Gené replaced Méndez.
Leonov continued at a stunning pace and managed to keep Gené behind until the chequered flag that he took 13 seconds ahead of his rival.
The third place went to Jean-Laurent and Pierre-Arnaud Navarro who shared an Audi RS 3 LMS entered by Motorsport Developpement.
Thanks to this victory, Leonov is now one step away from securing the title in the TCR class when only two races are left, at Motorland Aragón on 28/29 November.