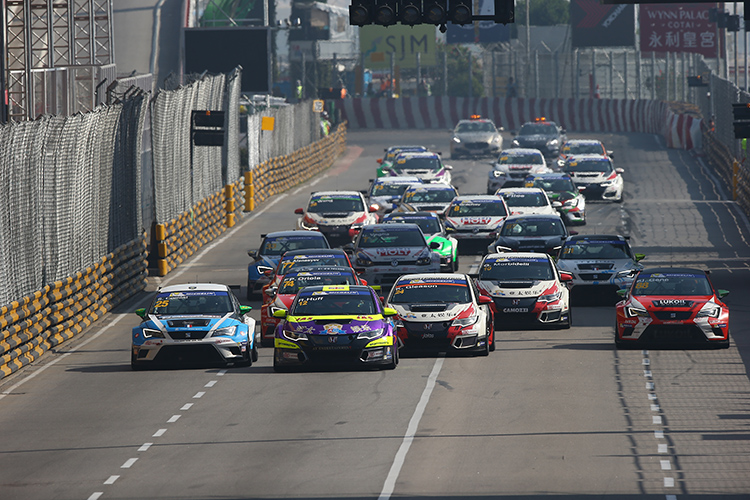 The 2015 TCR International Series came to its end two weeks ago in Macau and the outcome of its maiden season exceeded all expectations, as is clearly proved by the figures.
68 drivers of 22 nationalities entered in the series’ 11 events, at the wheel of cars of seven different brands: Audi, Ford, Honda, Opel, SEAT, Subaru and Volkswagen.
45 of those drivers scored points for the championship, 10 of them claimed race victories, 12 were in the lead during the 22 races and 7 set pole positions.
Looking at the car manufacturers that were represented, five of them were able to fight for race victories and eventually achieved podium results.
The average participation was more than 18 cars per event.

“We are obviously very pleased with how this inaugural season went. Especially when we consider that one year ago many people decided to sit and wait for what we were actually going to deliver. I believe that the first season has provided an answer to all of them. The figures say everything about the rapidly growing interest from drivers, teams and car manufacturers. But they are also evidence of how well the TCR International Series is fulfilling its task of promoting the TCR concept in many different countries worldwide,” commented promoter Marcello Lotti, who added: “For 2016, it is not reckless to predict that at least a couple of other car manufacturers will be represented and that TCR-spec cars will be competing in more than 180 races through national or regional championships around the globe.”