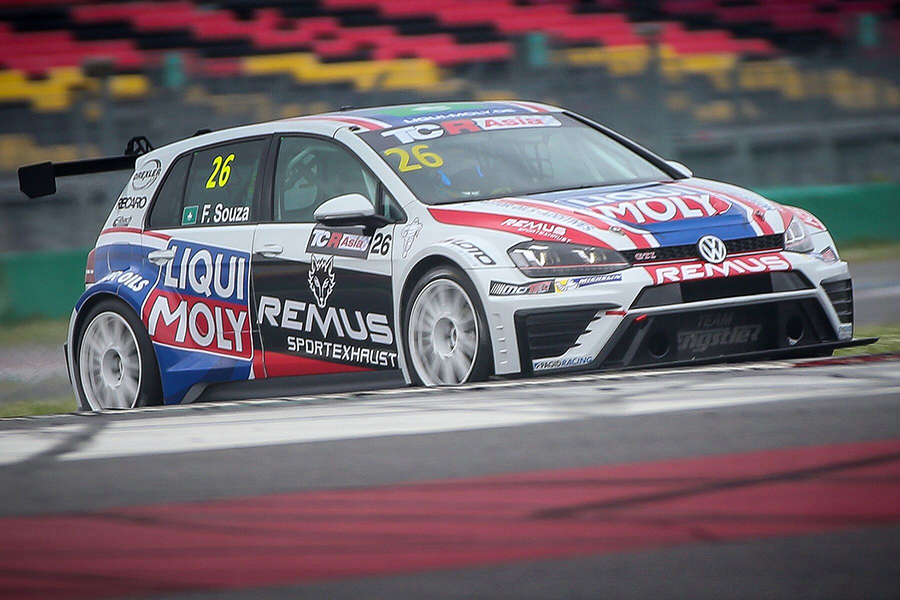 Macau’s Filipe Clemente de Souza will be driving a Liqui Moly Team Engstler Volkswagen Golf Gti in the next two race meetings of the TCR International Series at Singapore’s Marina Bay Street Circuit and Sepang International Circuit in Malaysia.
Last year, as a competitor in the TCR Asia Series, de Souza took part in the events at Singapore and Buriram, at the wheel of a SEAT León run by the Hong Kong-based Roadstar Racing.
In the current season, the Macanese driver is taking part in TCR Asia for the Liqui Moly Team Engstler and lies fifth in the points table with his best result a third place at the Shanghai International Circuit.