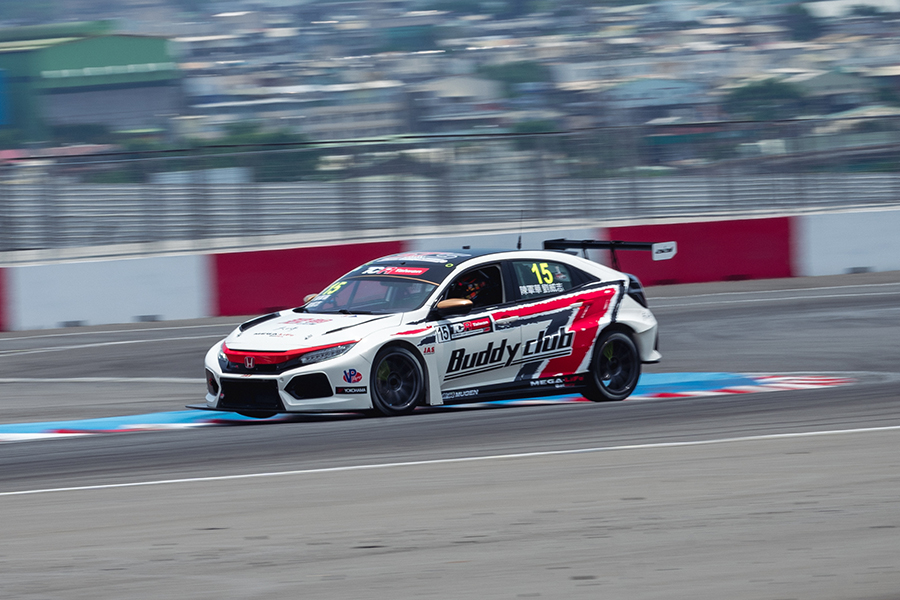 The Fist-Team AAI Honda set the pace in the first half of the race, followed by the other Civic run by Carsman Racing (Zhiyuan Weng/Yanhan Li), while the HubAuto Racing Audi that sat on pole dropped down progressively to fifth.

After the pit stops for the driver changes, Lester replaced Hangchen Chen in the Audi and began to recover. He passed the Carsman Racing Honda for P2 and began to eat into Junhua Chen’s leading margin. With 20 minutes to go, the safety car was deployed to recover two cars that had crashed, and this erased the 18-second gap between the first two.

When racing resumed, with two minutes left, there was just time for one last lap; Lester had to pass the Team Triple S-run Volswagen Golf GTI before chasing the leader, but eventually had to settle in second position. Behind him, the Speed Verse Racing Audi of Xiaxiang Dai/Yuan Hu Lin stole the third position to the Carsman Honda.