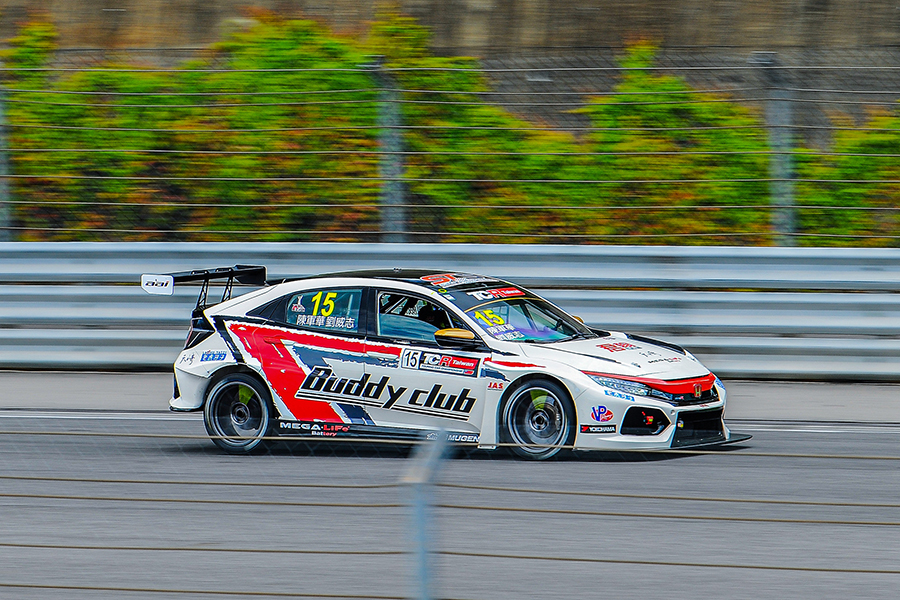 The Fist-Team AAI Honda Civic #15 of Liu Weizhi and Chen Junhua won the final race of TCR Chinese Taipei at Lihpao Racing Park. This was the third victory from four races for the pair that secured the A Class title in the championship’s inaugural season.

Liu started on pole and led the field into T1, Li Chengyou was second in the #57 Zuver Team-run Audi, but his car got squeezed between two other Audis - #77 of Wang Shangyuan (Motul 300V) and #52 of Yao Yuanhao (Speed Verse Racing) – and retired. During the opening lap, Shi Shiwei (Fist-Team Honda #91) and Wang passed Yao, moving into P2 and P3. In lap 3, Dai Xiaoxiang’s hope to fight for the title until the end vanished when his co-driver Yao stopped the Audi on the track with a broken front suspension and the safety car was deployed.

Racing resumed in lap 7, with Liu chased by his teammate Shi, while You Yihao (#75 Border Team Honda) overtook Wang for P3.

In lap 14, the leading car pitted while Zhuang Jishun (#26 Koe Racing CUPRA) passed Yao for second. After all cars have pitted, the #15 Honda now driven by Chen Junhua was leading from the sister #91 cars of Li Yongde that was giving off smoke. In lap 22, the #91 spun and then pulled, which promoted the #75 of Huang Jianye to second. The #15 Honda won the race and grabbed the title in the A Class, followed by the #75 Honda and the #77 Audi, while the Triple S Racing Volkswagen Golf GTI of Liang Wenyao and Su Jianhua was third overall and victorious in the B Class.