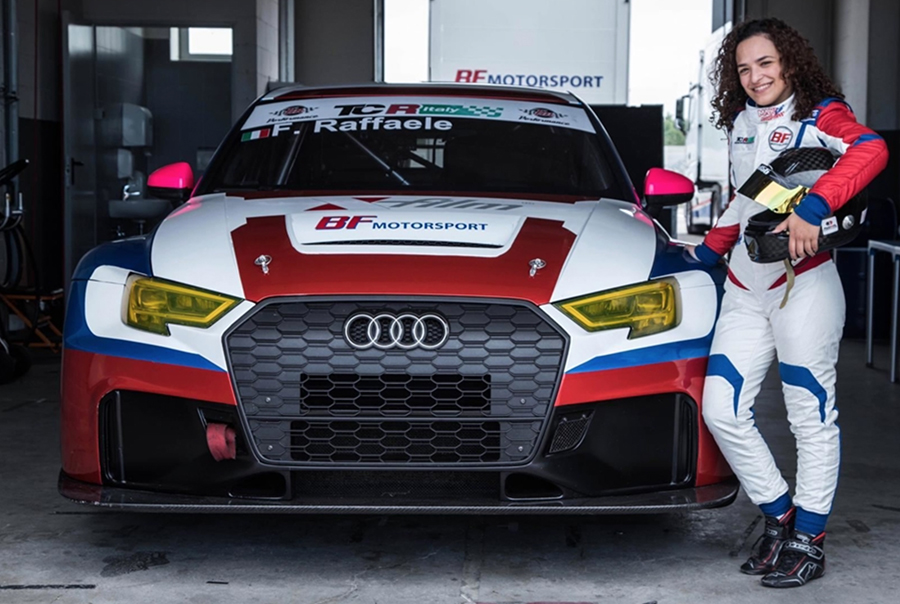 At the age of 18, Francesca Raffaele will move to the TCR Italy Championship at the wheel of an Audi RS 3 LMS DSG car run by BF Motorsport.
After racing in karting since she was nine, Raffaele made her car racing debut last year in the Italian Renault Clio Cup, finishing the season into the top-ten.

"I'm switching to TCR because I wish to move a step forward in my racing career. I began following TCR last year, while watching my friend Jacopo Guidetti who introduced me to BF Motorsport's principal Imerio Brigliadori," Raffaele said, adding: "My goal is to start the season while fighting for the top ten position; then I hope to improve and possibily fight for podium results."