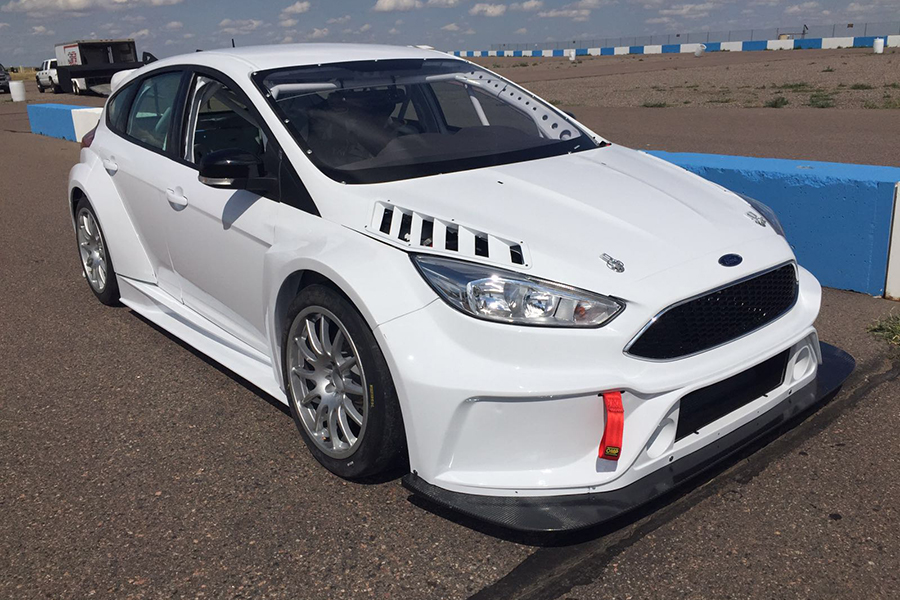 The Ford Focus TCR built and developed by Hong Kong-based FRD Motorsport is ready to make its maiden appearance in the TCR International Series at Singapore, where it will be driven by Martin Cao Hongwei.
The 23-year old Chinese driver, who won the British Formula 3 International Series title in 2014, raced for FRD at the beginning of his career in the Asian Formula Renault series. He returned to the team this year to drive a Ford Focus in the 2.0T Class of the China Touring Car Championship, in which he is currently second behind his teammate Rainey He, having claimed his maiden victory at Shanghai.

“We are very excited, but at the same time cautiously optimistic about our debut performance. We felt that the demanding nature of the Singapore street circuit would offer us the best chance to gauge our new car against the competition. At the very least, we hope to come out of the event with more knowledge on how we can refine the car before delivering the first cars to our customers over the winter. Our staff have worked tirelessly on this project in the past seven months and I would like to see their hard work rewarded with a respectable result,” said Kenneth Ma, President of FRD Motorsports.

When asked to give details of the new car, Brian Ma, FRD motorsports Vice President of Technical Operations commented: “We started with the 2015 car. The original intention was to do an update and improve a few things that prevented it from being competitive. However, as we delved into the development process further, we realized we could provide a better car to our future customers by starting anew in many areas. I would say the 2016/17 Focus is more a redevelopment than an evolution of the 2015 car. Under the skin, thanks to the support from our technical partners, the car features a new 2.0L engine package, a new Xtrac six-speed paddle shift transmission, all new electronics and damper and brake systems, just to name a few. On the outside, the aero package we developed for this car has already proven successful on FRD’s flagship Touring Car programme in the CTCC.”