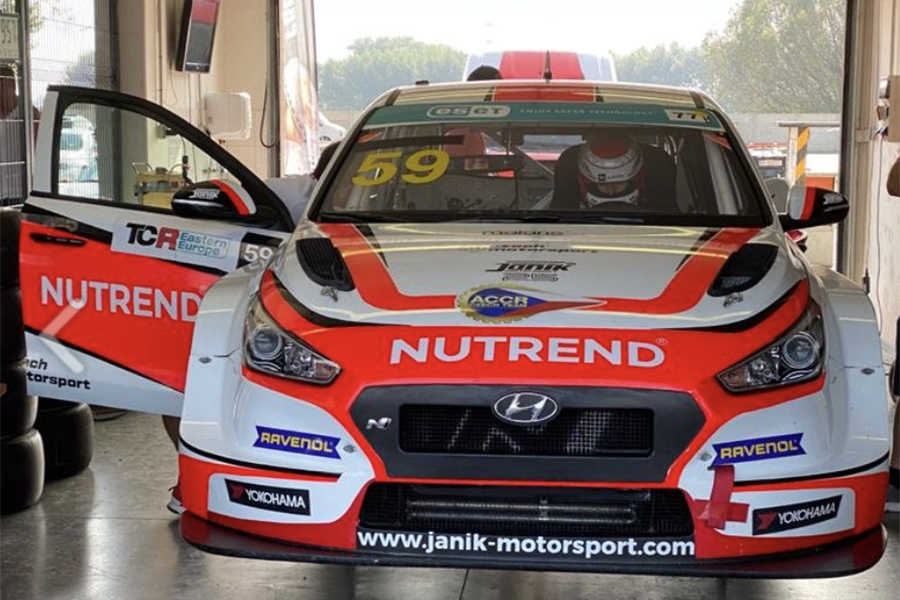 Jáchym Galáš, the runner up in the 2019 TCR Eastern Europe championship will change team and car for his 2021 campaign.
After two successful seasons at the wheel of a Volkswagen Golf GTI run by GT2 Motorsport in which he scored two race wins in 2019, finished third in last year’s standings and was crowned Junior Champion twice, the Czech driver will race in a Hyundai i30 N for the ACCR Czech Talent Team. The programme that is jointly managed by the Autoclub of the Czech Republic and Janík Motorsport began in 2020 with Dušan Kouřil and Tomáš Korený taking part in selected events of TCR Eastern Europe.

“I have tested with Janík Motorsport at the Slovakia Ring, and my first impression was positive. I was happy with the car and with the work of the team. I was faster than in last season’s qualifying session, though conditions were not ideal. I already look forward to the cooperation with Janík Motorsport and the new season,” Galáš said.

Václav Janík, the team principal, echoed: “We watched Jáchym throughout the year and we were impressed by his results. He was able to deal with the situations on the track and fought for the top places. After the test, we understood that he knows what he wants from the car and that he can give good feedback to engineers. We aim for the best possible results in 2021 and we are really looking forward to the season.”