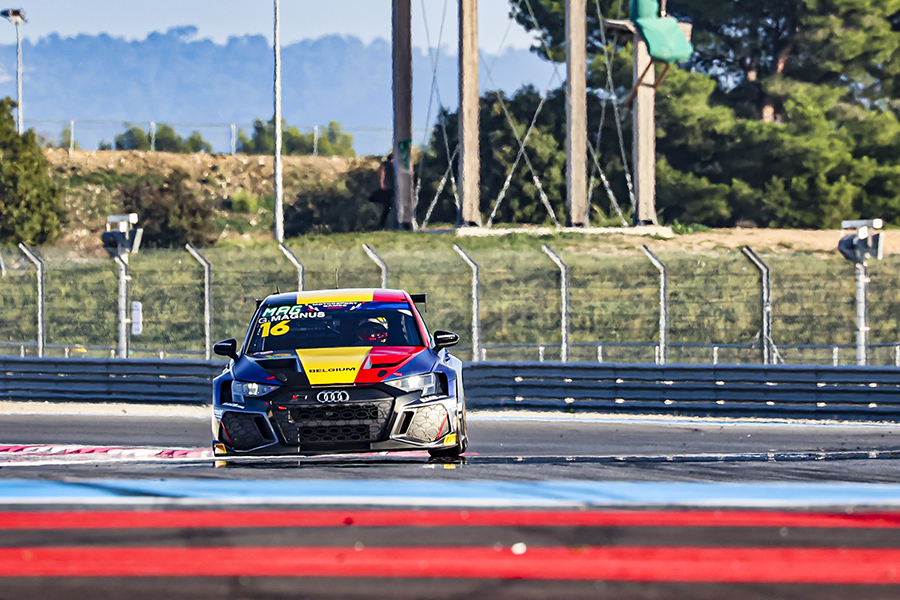 Magnus made good use of the pole to lead at the start ahead of Coronel, Young and Andreas Bäckman; behind them Teddy Clairet moved into P5 passing Isidro Callejas and Ignacio Montenegro. At the back of the field, Raphael Reis’ CUPRA stalled with a clutch issue.

As the three leaders pulled away, Callejas overtook Montenegro for sixth in lap 3 and Valters Zviedris passed Andy Yan for P8 after they made contact.

Gaps between the cars of the leading trio grew up, while there was contact between Gabriel Lusquiños and Sergio López who were fighting for P10; the Team Venezuela Audi spun and rejoined in P12.

After closing the gap on Bäckman in the early stages, Clairet lost contact from the Swede and had to defend fifth place from Callejas who passed ahead in lap 7. However, in the following lap, Clairet retook the position. At the same time, Bäckman slowed and retired with a broken driveshaft, which promoted Clairet and Callejas to fourth and fifth.

Up front, Magnus took a comfortable win, six seconds clear of Coronel, with Young third and Clairet fourth, while Callejas dropped to sixth behind Montenegro.