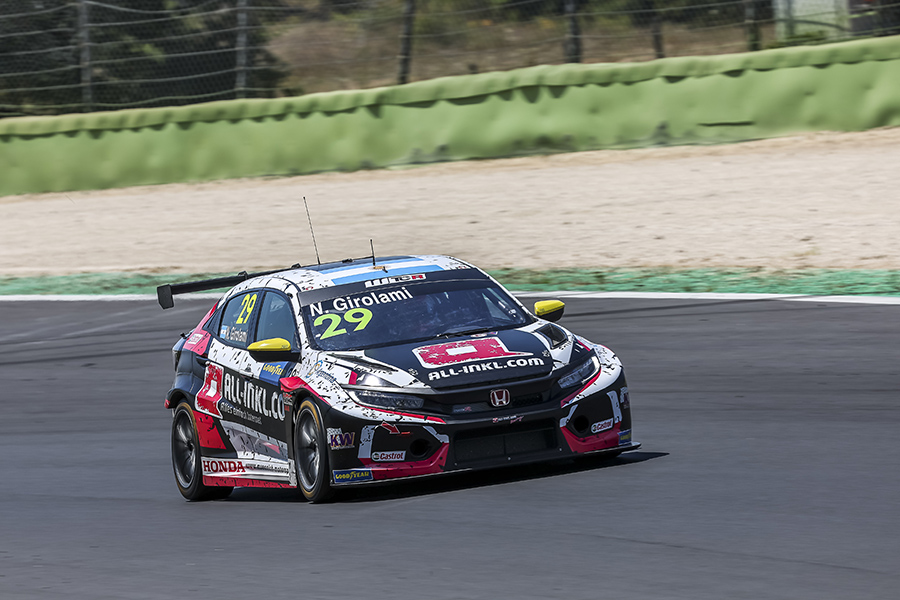 Girolami beats Azcona to the pole for Vallelunga Race 1

Azcona topped the list at the beginning of Q1with a lap of 1:15.494 that was soon beaten by Attila Tassi’s 1:15.366 and then by Girolami’s 1:15.266. In the second half of the twenty-minute segment, Azcona retook the lead with 1:15.248, but it was Esteban Guerrieri who emerged as the fastest posting a lap of 1:15.140. Tassi was the last one to improve, climbing to second with 1:15.210 and demoting Azcona and Girolami to third and fourth. Yann Ehrlacher was the last of those who made the cut for Q2 in 12th position, beating Yvan Muller by 80 thousandths.

In Q2 after provisional fastest laps set by Santiago Urrutia (1:15.567) and Mehdi Bennani (1:15.347), Guerrieri moved ahead with 1:15.158 and then Girolami completed the first stint with a best lap of 1:15.083. The second attempt saw only Michelisz improving his time, but not his fourth position and so Girolami, Guerrieri, Azcona, Michelisz and Nathanaël Berthon advanced to Q3, while Ehrlacher and Urrutia qualified tenth and ninth, securing the front row of the grid for Race 2.

Race 1 is scheduled to get underway tomorrow at 11:15 local time (CEST).