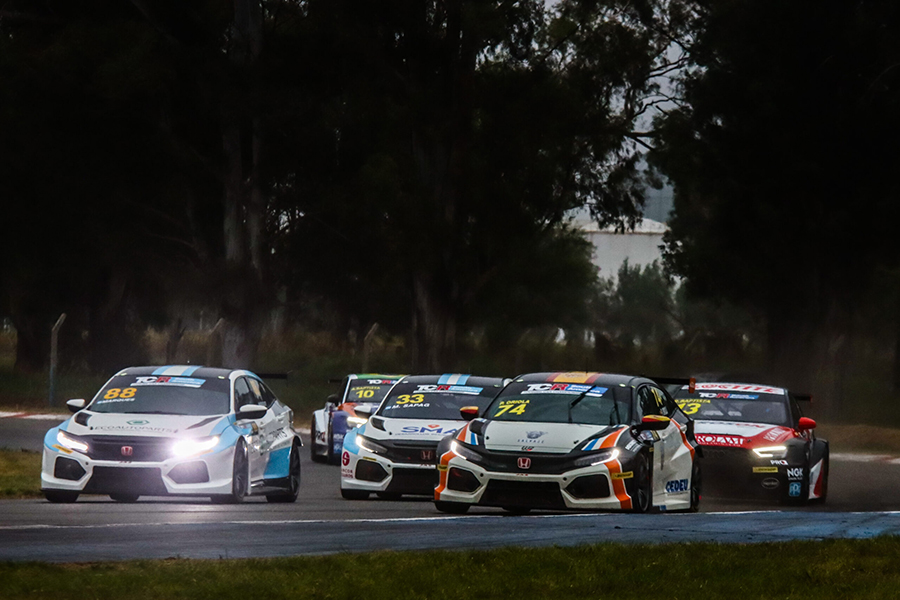 Two weeks after its first Argentine event, at Río Cuarto, the TCR South America moves to Buenos Aires for the second endurance race of the season.
Saturday the championships' regulars will take part in a one-hour race, sharing their cars with guest drivers.
Just like it happened for the first endurance race that was held in July at Curitiba, a few Touring Car stars will join: Esteban Guerrieri will be racing with José Manuel Sapag (Squadra Martino, Honda Civic), Néstor Girolami with Raphael Reis (W2 Racing, Honda Civic) and Tom Coronel will share again the Cobra Racing Audi RS 3 LMS with Rodrigo Baptista; together they won at Curitiba
After Río Cuarto, Pepe Oriola (W2 Racing, Honda Civic Type R) has moved back to the top of the standings with 175 points, 13 clear of Rodrigo Baptista. Raphael Reis is placed in third position, 46 points behind his teammate Oriola who will share his car with Martin Ryba.
The names of the other guest drivers will be unveiled soon .