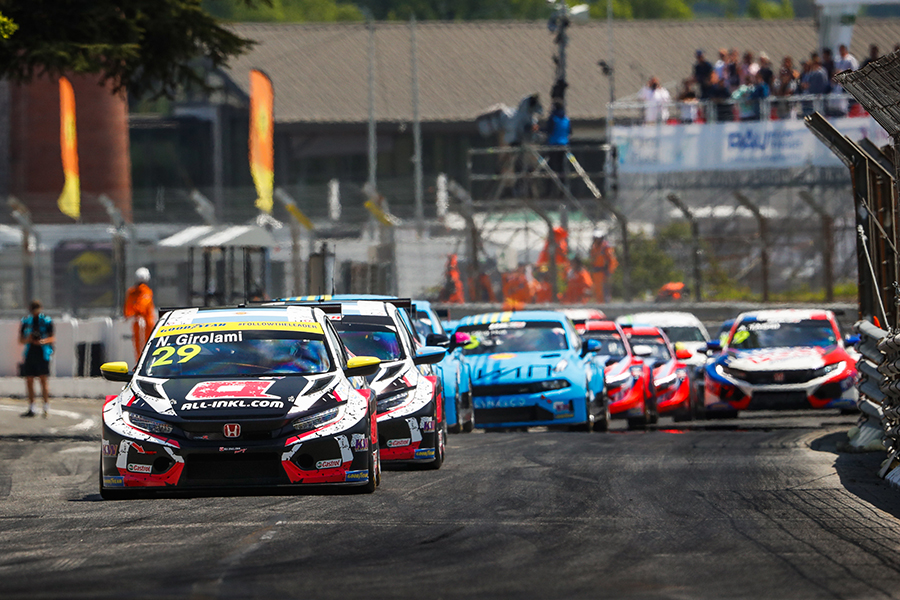 Néstor Girolami won the opening race of the 2022 WTCR at Pau, leading his Münnich Motorsport Honda teammate Esteban Guerrieri to a 1-2 finish, with the Cyan Racing Lynk & Co of Yvan Muller completing the podium.

Girolami made the best start from pole ahead of Guerrieri, while Muller held on to third behind them. Last year’s champion Yann Ehrlacher was able to squeeze ahead of his new Cyan Racing teammate Ma Qing Hua up into fifth position, while Attila Tassi in his Engstler Motorsport Honda, made the best start of all, and was able to get past Ma to move up to sixth from ninth on the grid.

The race then settled down, until Ma was able to dive down the inside of Tassi’s Honda at the hairpin on lap eight to reclaim sixth, with Tassi dropping back to ninth in the process.

Up front, Girolami was maintaining a safe gap to Guerrieri, while Muller was under increasing pressure from Nathanael Berthon’s Comtoyou Racing Audi.

Berthon’s race unravelled on lap 20, after he hit the wall and sustained damage, and then was lynched by Ehrlacher and Ma who moved up to fourth and fifth at the first corner.

Just three corners later, the ailing Audi driver was clipped by Mikel Azcona’s BRC Hyundai and went into the barriers, eventually pitting and dropping to the back of the pack.

Néstor Girolami now extends his lead in the drivers’ championship to nine points over Guerrieri, with Muller 19 points back.

The second race gets underway at 17:10 CEST, with the Hyundai of Norbert Michelisz set to start on pole position ahead of Tassi’s Honda.