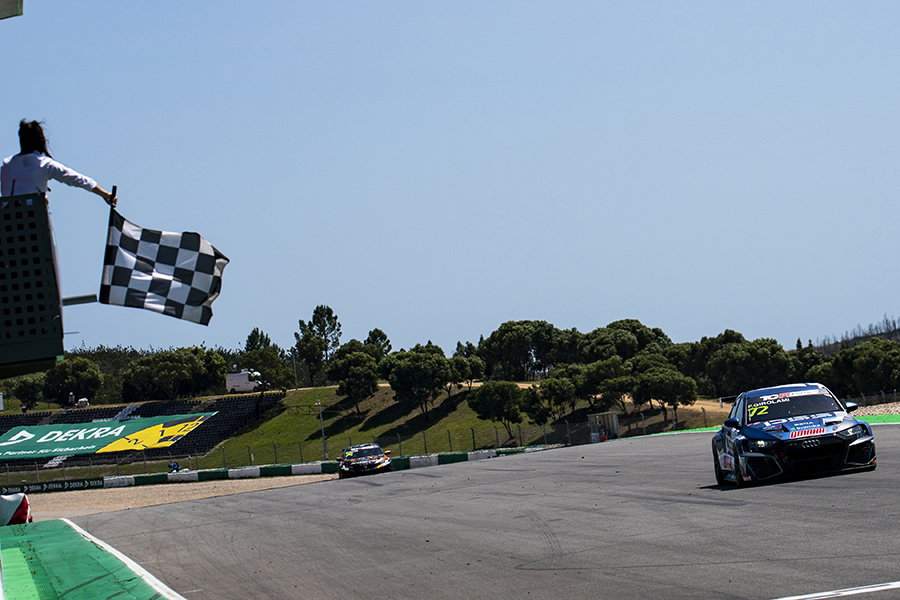 At the start, John Filippi had nosed ahead of Oriola on the run down to Turn 1, but it was the Spaniard who entered the corner in the lead. The best start was made by Girolami, who made up two places and was third while Josh Files dropped to fourth.

After a Safety Car intervention, Oriola and Girolami ran side by side in lap 7, the Argentine had the inside line,forced Oriola to run wide and so snatched the lead. Jack Young then passed Isidro Callejas for P6, with Tom Coronel passing John Filippi for third place on the next lap.

By Lap 10, Young and Callejas were battling for sixth and Klim Gavrilov took full advantage of the battle to squeeze past both of them when they made contact. Jáchym Galáš also passed the pair to move into seventh.

During the final part of the race, Filippi was attacking Coronel for third place, but the Dutch driver held on to deliver another podium finish for Comtoyou along with Girolami’s win. There were no major changes over the race’s two final laps, and so Girolami took his first win for his new team by just over two seconds from Oriola. Coronel was third, while Filippi, Files and Gavrilov rounded off the top six.

In the Drivers’ championship, Girolami has moved into the lead, nine points clear of Young with Mike Halder in third place.

TCR Europe will resume at Le Castellet on 20/22 May.