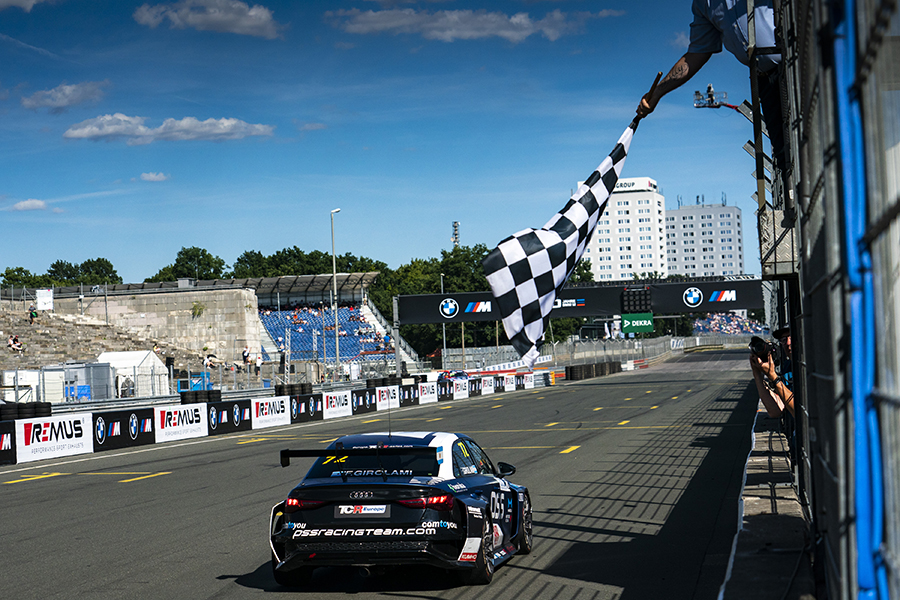 Franco Girolami became the first two-time race winner of the TCR Europe season when he took victory in Race 2 at the Norisring ahead of Klim Gavrilov and Josh Files.

At the start, Gavrilov got away well from the pole, while Girolami passed Jack Young for second place. Files dived up the inside approaching the hairpin and made contact with Young, moving into third, while Viktor Davidovski made contact with both Mat’o Homola and John Filippi, with the latter sent into a spin. Isidro Callejas was in fourth place behind Files while Young had dropped to sixth.

On Lap 2, Girolami started to attack Gavrilov for the lead, but the Safety Car was deployed when the CUPRA of Giacomo Ghermandi was stranded having made contact with the wall.

Racing resumed on Lap 8, and Davidovski passed Jáchym Galáš for P7, while Felice Jelmini was attacking Callejas for P4. Jelmini brushed the wall at the exit to Turn 2 and pulled up. In lap 10, Girolami’s pressure finally paid off and he passed Gavrilov for the lead.

Davidovski passed Young for P5 in lap 16 and joined a four-way fight for the podium places, with Gavrilov, Files and Callejas. There was contact between Callejas and Files at Turn 2 and Callejas would later receive a black and white flag warning for his driving standards.

The final lap then delivered one last change of positions among the leaders when Davidovski finally managed to pass Callejas for fourth place. Girolami took a comfortable victory and Gavrilov held off Files to finish second.

In the standings, Girolami has extended his lead to 72 points, with Files, Callejas and Gavrilov all having overtaken Tom Coronel to lie in second, third and fourth places respectively.

The next event of TCR Europe will be at the Nürburgring on 26/28 August.