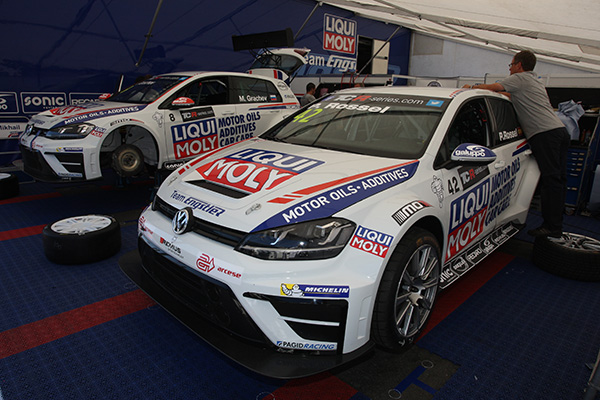 Grachev and Rosell to drive the Golf TCR cars

Mikhail Grachev and Pol Rosell will have the honour of driving the two Volkswagen Golf TCR cars during their maiden appearance in the TCR International Series, this weekend at the Red Bull Ring.
Both cars are entered by the Liqui Moly Team Engstler, the cooperation partner of Volkswagen Motorsport with responsibility for running the cars during the remainder of the test phase.
A regular TCR competitor for the German team, Grachev began the season at the wheel of an Audi TT before switching to the SEAT León in which he claimed his best result (third) in the previous race meeting at Sochi.
Pol Rosell, 23-years old from Spain, is the reigning SEAT Eurocup champion and the current leader of the 2015 series; he won the Eurocup’s second race last week at the Red Bull Ring.

Rosell is clearly very happy to have the opportunity to debut in the TCR with the new Golf: “I was called on only last Friday and felt honoured to be given this opportunity. I have been involved in the development and testing programme of the Golf TCR, so I am familiar with it, and my first impressions about the car were very positive. I’m hopeful we can have a positive debut.”