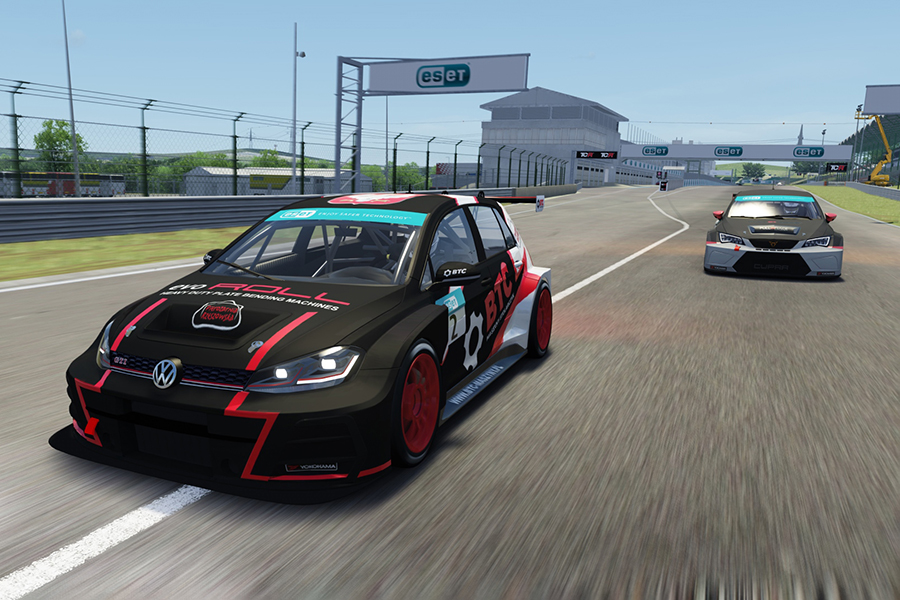 Bartosz Groszek was the dominant force in the TCR Eastern Europe SIM Racing opener, yesterday on the virtual track of the Hungaroring. The Polish driver and his BTC Maszyny Racing Volkswagen Golf GTI made a hat-trick, winning pole position and both races.
Race 1 ended with a lights-to-flag win; Groszek beat by five seconds the Team Unicorse Alfa Romeo Giulietta of Bálint Hatvani, while Miklas Born (who had just won the 24H race in Portimão) completed the podium in his Volkswagen Golf entered by Autorama Motorsport.
In the second race, Groszek recovered from 12th on the reversed grid to catch Petr Fulín in the Fullinrace Academy CUPRA and beat him by half-a-second on the finish line. Jáchym Galáš finished third in the GT2 Motorsport VW Golf.
The next event will take place on June 30 at the virtual Red Bull Ring.