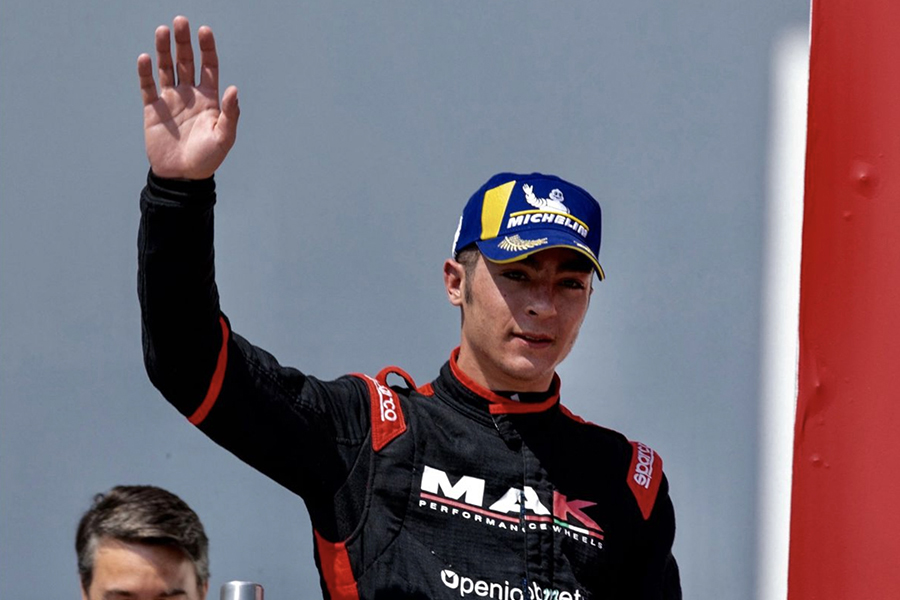 Jacopo Guidetti has been selected for the JAS Motorsport Driver Development Programme and will contest the final four rounds of TCR Italy in a Honda Civic Type R run by MM Motorsport.
Officially launched last week, the Programme is a comprehensive education course aimed at preparing the next generation of young racers.
The 17-year-old Guidetti won the 2016 ROK junior karting world title; his progress continued in the Formula X Italian Series in 2018, becoming champion in the Formula Renault category at the first attempt.
Last year he made a highly impressive debut in TCR Italy with five podium finishes on his way to sixth in the standings and won the TCR and First Division titles in the Coppa Italia Turismo.

Guidetti said: “I am very pleased to have the opportunity to become a JAS Motorsport Development Driver. The amount of experience and knowledge within JAS is huge and I’m sure it will help me to evolve into the best racing driver I can possibly be, both inside the car and out of it. My race programme will be in TCR Italy this year with MM Motorsport, which will be ideal as I can measure my performances against those from last year and use it to push myself forwards. I am extremely excited about the doors this could open for me in both TCR and GT3 racing.”