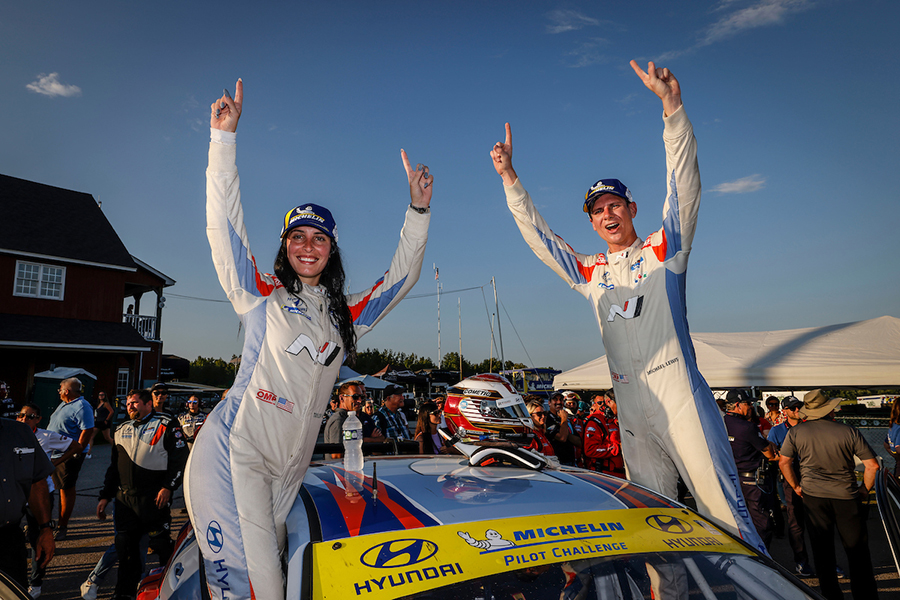 TCR reigning champions of the IMSA Michelin Pilot Challenge, Taylor Hagler and Michael Lewis, have claimed their first win of the season in the series’ penultimate round at Virginia International Raceway.

Lewis used a bump-and-run pass on Bryan Herta Autosport teammate Parker Chase to grab the lead with just over a half hour left and went on to win in the #1 Hyundai Elantra N. Fellow BHA driver Tyler Maxson finished 2.169 seconds behind in the #77 Elantra he shared with Mason Filippi. The podium was completed by the Victor González Racing Team Honda Civic Type R driven by Victor González and Karl Wittmer.

The #1 Hyundai started seventh and Lewis took over for Hagler in fourth place halfway through the two-hour race. He methodically moved forward from there. He chased down Chase for the lead and the two bumped several times before Lewis pulled ahead going into Turn 15. Despite sustaining light damage to the rear of his car, Lewis held teammates Chase and Maxson at bay, even through the final restart for the last two laps.

The IMSA Michelin Pilot Challenge’s final round will be at Road Atlanta on September 29/30.