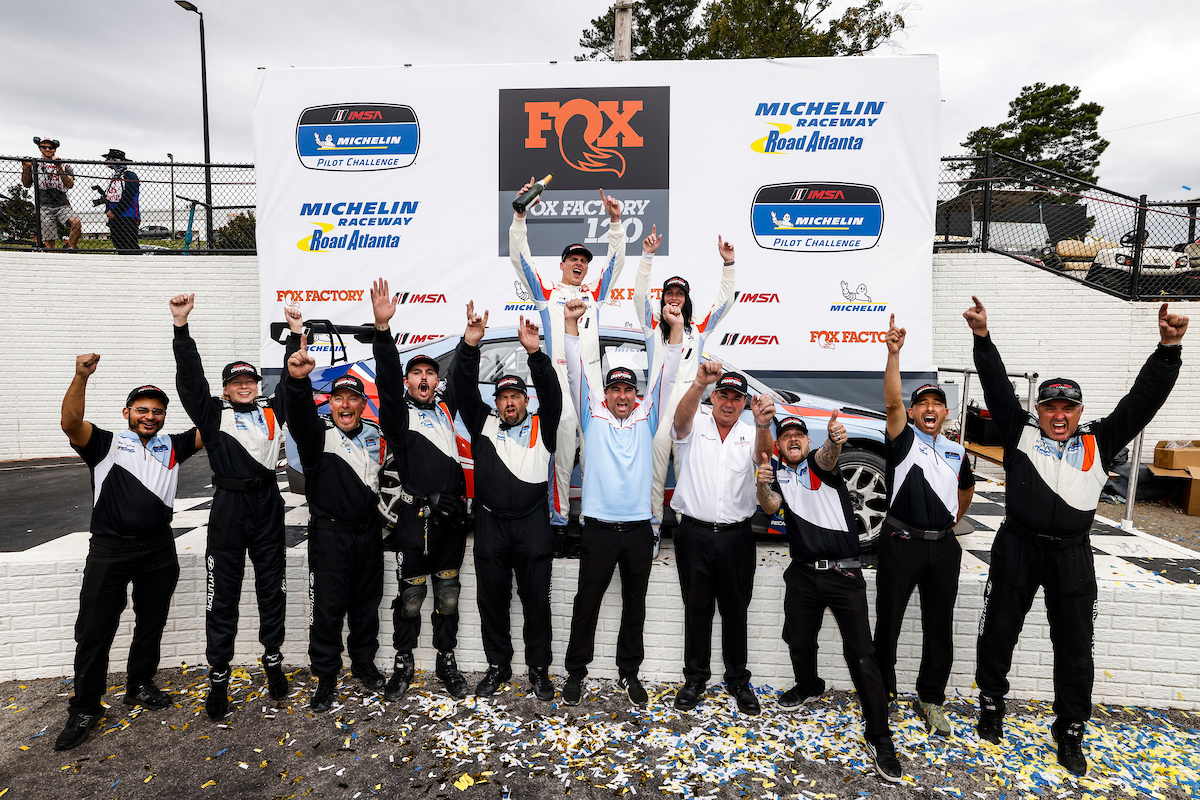 Taylor Hagler and Michael Lewis clinched a second consecutive title in the TCR class of the IMSA Michelin Pilot Challenge at the wheel of their #1 Bryan Herta Autosport Hyundai Elantra N. They finished third in the final 2-hour race at Road Atlanta that was won by Victor González and Karl Wittmer in the #98 Victor González Racing Team, Honda Civic Type R.

The dream of Roy Block and Tim Lewis to clinch the title vanished after 30 minutes, when Block’s Alfa Romeo Giulietta was sent into a spin by a GT car and limped to the pits with a broken rear suspension. Lewis rejoined after 24 laps and eventually finished 12th in the class, while before the incident Block was fifth and Hagler 12thafter clashing with another car, which meant the Alfa team was only ten points behind the Hyundai.

Robert Wickens who had replaced Wilkins in the #33 Elantra retired in lap 50 after a crash with another car, and with 30 minutes to go the three leaders Ryan Eversley (#73 Honda), Tyler Maxson (#77 Bryan Herta Autosport, Hyundai Elantra) and Wittmer came in together for the last pit stop. After they rejoined, Maxson served a drive through for a pit lane infringement and Wittmer took the lead ahead of Stephen Simpson (#54 Michael Johnson Racing, Hyundai Elantra) and Lewis in the #1 Elantra. Which is the way they finished in the final sprint, crossing the line covered by less than six tenths. This was the second win of the season for Wittmer and González after Sebring.