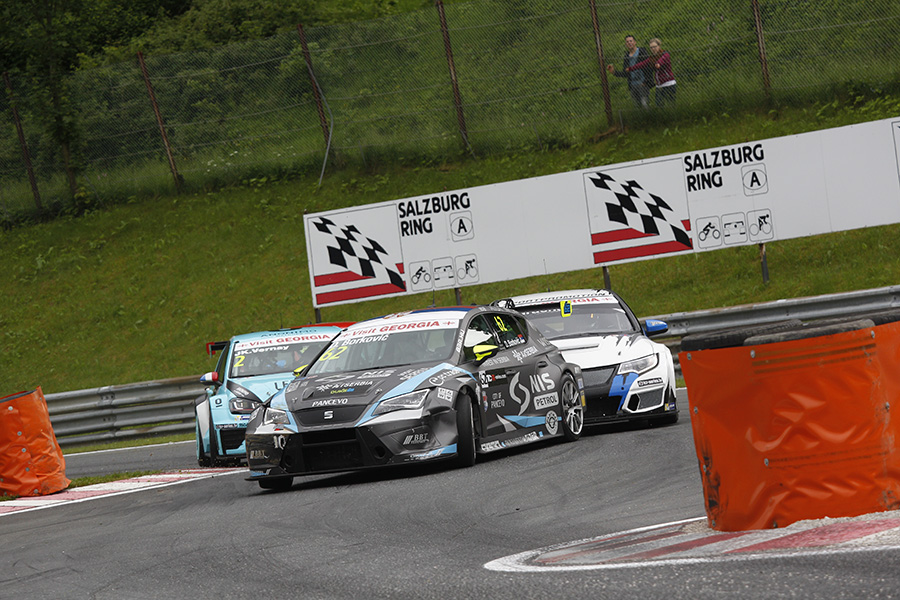 The fifth round of the Hawkers Fan Award ended in a hands-down victory for Dušan Borković.
Fans rushed to offer their votes to the Serbian driver, showing their appreciation for the incredible overtaking manoeuvre he performed in the first Austrian race. It happened while Borković was running in fifth position and in a close fight with the pairing of Mikhail Grachev and Jean-Karl Vernay who were ahead and James Nash who was following. On lap 5, Borković delayed his braking at Turn 1 and dived inside both Grachev and Vernay losing the rear end of his SEAT. However he managed to retake control and negotiate the chicane, jumping to third. A truly acrobatic move!
No wonder that this granted him a crushing victory in the award over Vernay (93.1% to 6.9%).

A delighted Borković said:"I am honoured to receive this award. I’m always trying to be the best at each race and to make them more exciting. Unfortunately so far I've been followed by a lot of bad luck. I didn't expect to be this fast in my first TCR season, but now I need to finish races and collect points. I have always been competitive, and as Ayrton Senna once said: ‘If you no longer go for a gap, you are no longer a racing driver’. That is what happened in the first race at the Salzburgring: I saw the gap… I thank all the fans who have voted for me and I promise to give them more exciting moments later in the season."

Those who have not seen the ‘famous’ overtaking may still do so HERE.