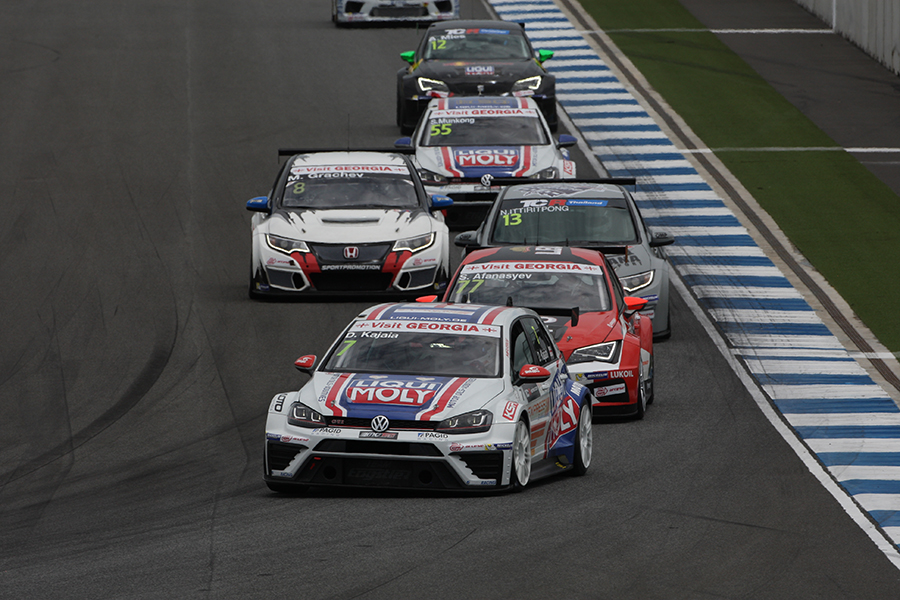 Davit Kajaia of Liqui Moly Team Engstler has become the first driver to win the Hawkers Fan Award for the second time.
The man from Georgia had already been voted as the winner after his maiden appearance in the TCR International Series in the season’s opening event at Bahrain.
Kajaia was nominated once again after last weekend race meeting at Buriram’s Chang International Circuit for a spectacular overtaking manoeuvre that granted him the fifth position in the second race.
On the last-but-one lap, Kajaia was chasing a raging trio formed by Jean-Karl Vernay (Leopard Racing), Attila Tassi (B3 Racing Team) and Kantadhee Kusiri (Team Eakie BBR Kaiten). As their three cars negotiated Turn 3 abreast and pushing each other, Kajaia squeezed at the inside and passed them all in one move.
“I did not expect to be given an opportunity, because they had been closing all doors until then. But when I saw the gap I was ready to use it. I was really happy!” he said.

In the voting, Kajaia defeated Kusiri who had been nominated for his outstanding performance over the whole weekend; the percentages were 71.3% for Kajaia and 28.7% for Kusiri.