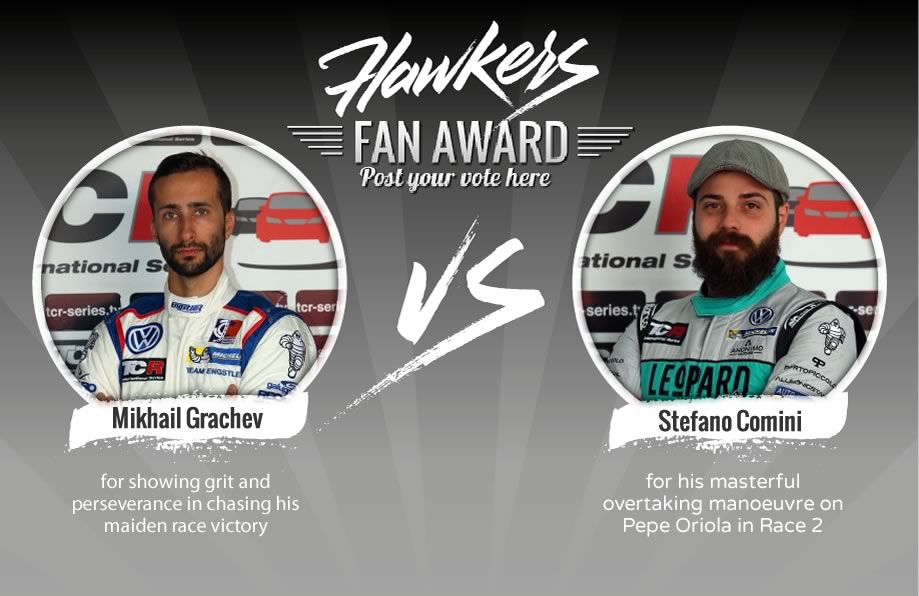 The fourth round of the Hawkers Fan Award for TCR drivers is now open and confronts the two race winners of Sunday’s meeting in Imola: Stefano Comini and Mikhail Grachev. They both fully deserved to be nominated.
Comini, the 2015 champion, found his way back to the victory circle in Race 1 and added a precious third place in Race 2. And spiced his performance with a spectacular overtaking on Pepe Oriola.
As for Grachev, he finally claimed his maiden win in the championship after coming closer to it a couple of times last year. And to achieve this goal he did not hesitate to rethink his whole commitment, changing both the team and the car.

Mikhail Grachev: for showing grit and perseverance in chasing his maiden race victory

Stefano Comini: for his masterful overtaking manoeuvre on Pepe Oriola in Race 2

Voting is possible until midnight of Tuesday, May 24. The final results will be shown on the website on the following day.