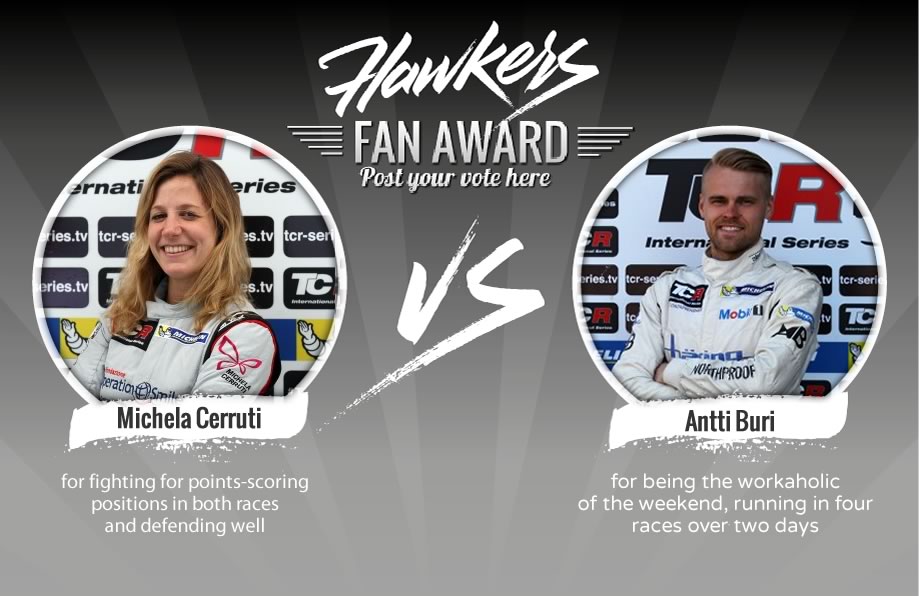 The panel of the jurors of the Hawkers Fan Award nominated Michela Cerruti and Antti Buri for their performance in the Oschersleben weekend.
Cerruti drew attention to herself in the first race, when she was able to fight for the positions between sixth and eighth under a pouring rain. Only a technical failure deprived her of a brilliant result. She managed to repeat herself in the second race and eventually claimed a ninth place, the best result so far for the Alfa Romeo Giulietta.
As for Buri – on his second nomination after Spa – he jumped back and forth between the two SEAT cars of LMS Racing, as he took part in both the TCR International and German series.

The motivations for their nominations are:
Michela Cerruti – for fighting for points-scoring positions in both races and defending well
Antti Buri – for being the workaholic of the weekend, running in four races over two days

Voting is possible until midnight of Tuesday, June 21. The final results will be shown on the website on the following day.