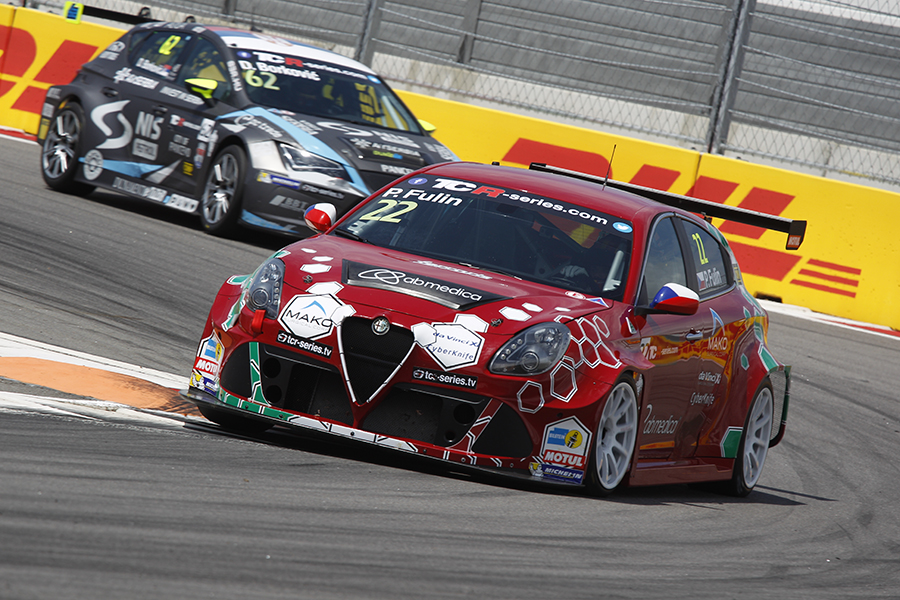 A few days after claiming his first points in the TCR International Series at Sochi, Petr Fulín also won the Hawkers Fan Award, beating Attila Tassi.
The fans’ vote came as recognition of the significant contribution the Czech driver is giving to develop the Romeo Ferraris-built Alfa Romeo Giulietta.
Since he joined Mulsanne Racing at the Salzburgring, Fulín’s performance has consistently improved until the Russian weekend, where he was fifth in qualifying, sixth in Race 1 and eighth in Race 2.
Beyond the results themselves, the lap times showed the progress of the Italian car. And without a misunderstanding with the team that forced him to start Race 2 from the pit lane Fulín could have finished in a higher position.
The percentages of the vote were 61% for Fulín and 39% for Tassi.