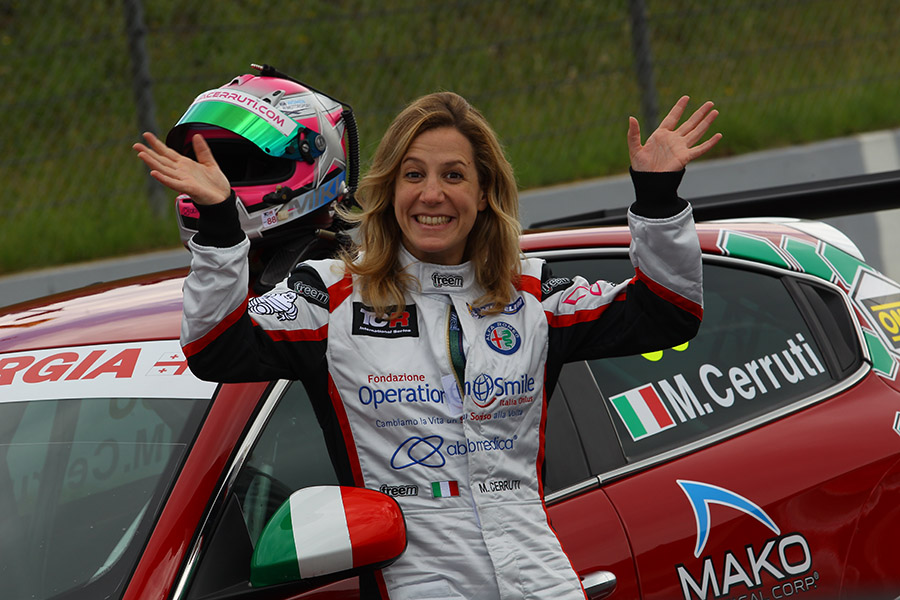 The TCR International Series’ supporters have voted en masse for Michela Cerruti who won the sixth round of the Hawkers Fan Award, beating Antti Buri.
This comes as recognition for Michela’s performance in the two races at Oschersleben last weekend. But also for the Mulsanne Racing and Romeo Ferraris teams’ efforts in working to develop the Alfa Romeo Giulietta TCR car.
Despite a disappointing Qualifying that was spoiled by an unexpected issue with the pedals that was affecting her driving, Cerruti fought for the podium-scoring positions in both races. Both in the wet of Race 1 and on the dry track in Race 2, she proved to be a hard nut to crack even for top-runners like Pepe Oriola and Gianni Morbidelli who were elbowing their way through the field after being involved in early incidents.

Michela Cerruti commented: “The points we scored at Oschersleben don’t reflect how much work has been done by the team. Actually, we could have finished in the points with both cars without the technical failure that stopped me at the end of Race 1 and the incidents that eliminated Fulín. However, more than that, we proved that we are on the right way to make the car competitive enough to stay in the middle of the pack. We have no illusions, we know that we have still and long way to go, but those two points and this award are a boost for our enthusiasm and a small satisfaction for the many Alfa Romeo fans who support us from everywhere in the world.”