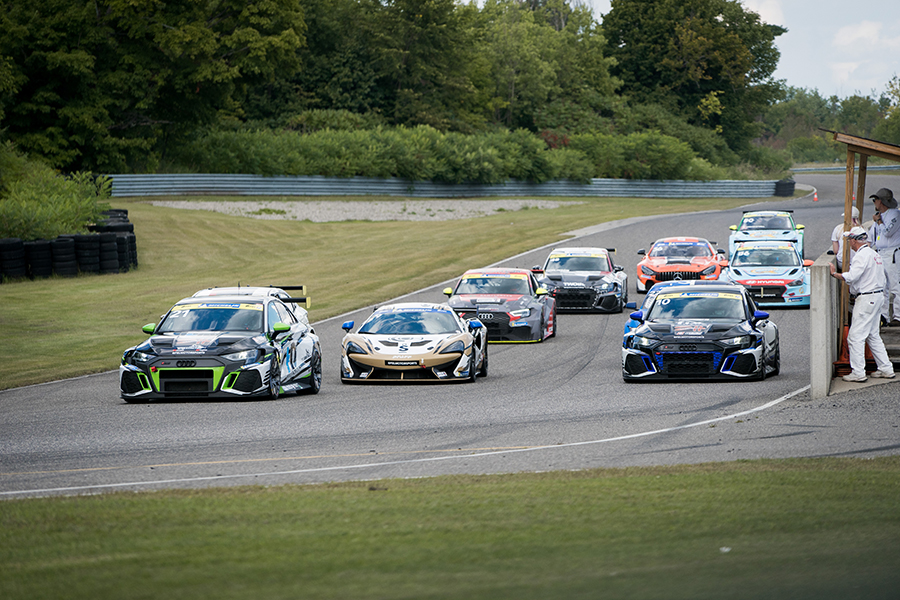 Hevey and Di Benedetto share honours in SCCC at Calabogie

Jean François Hevey and Justin Di Benedetto shared race wins in the TCR class of the Sports Car Championship Canada event at Calabogie Motorsports Park. In the first race, Hevey took his second victory of the season, while Di Benedetto scored his and his own team’s maiden win in the second race.

Race 1 - There was a see-saw battle with three different drivers in the lead at various stages. At the end of the 40-minute race, Hevey emerged as the winner in his TRC Motorsport Audi RS 3 LMS II with a margin of 5.4 seconds over Di Benedetto, while Hevey’s teammate and points leader Jérimy Daniel completed the podium.

Race 2 – Di Benedetto, Gary Kwok and Quinn Attrell delivered a fresh new podium. Di Benedetto started from P4 on the grid and took his first win at the wheel of the Audi RS 3 LMS DSG run by his own Di Benedetto Racing. After joining the series in the previous event at Trois Rivières, Kwok drove his M&S Racing Honda Civic to his first podium of the season, while Attrell returned on the podium after finishing third in Toronto’s Race 2 with his Hyundai i30 N.

In the championship standings, Daniel leads from Hevey by 36 points, with Ron Tomlinson in third position 79 points behind the leader.