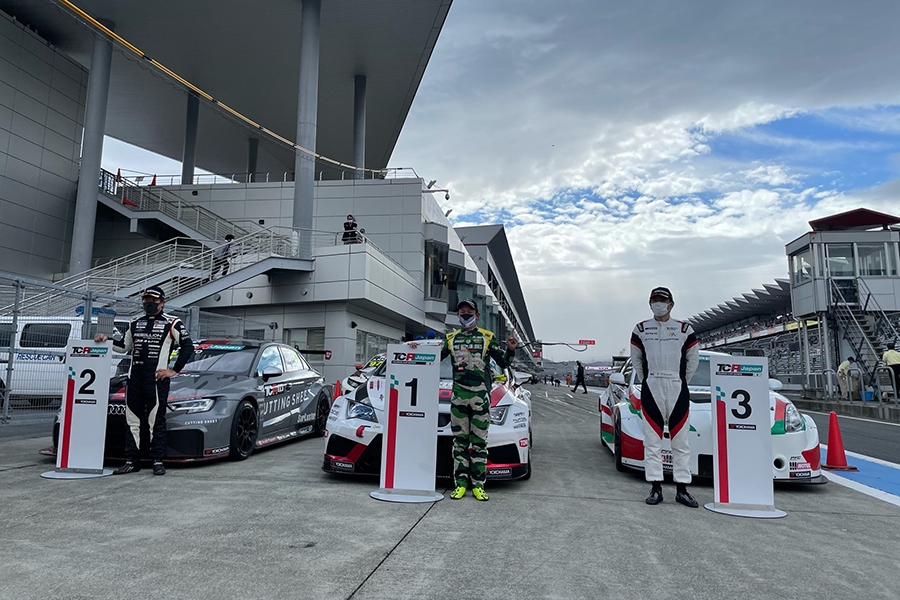 After he was stripped of his victory in the Saturday Race by a jump-start penalty ‘Hirobon’ made up for the disappointment with a lights-to-flag win in TCR Japan’s Sunday Race at Fuji Speedway. ‘Hirobon’ and his Birth Racing Project CUPRA were in a league of their own, while Masanobu Kato drove his Team Mars Audi RS 3 LMS to finish a distant second. The podium was completed by the Team Stile Corse Alfa Romeo Giulietta of Mineki Okura who rejected a late assault of Yuki Fujii’s Audi run by Hitotsuyama Racing.
Pole sitter Fujii stalled at the start, while ‘Hirobon’ led the field into Turn 1 followed by Kato; behind them Jun Sato’s Volkswagen Golf GTI moved from P5 on the grid into fourth ahead of Okura.
For the first few laps Kato chased ‘Hirobon’, but soon the leader was able to pull away. The fight for P2 saw Sato and Okura swapping positions several times, until the Alfa Romeo driver passed Sato’s Volkswagen in lap 8.
There was another battle for P5 that involved Akihiko Nakaya’s DOME Racing Honda Civic and yesterday’s winner Keiichi Inoue in the NILZZ Racing Audi; Fujii who was recovering after the bad start, joined them and overtook Inoue in lap 6 for P6 and then Nakaya in lap 8 for P5. Fujii continued his charge and moved into fourth as he passed Sato in lap 10, he then tried to threaten Okura’s third place but finished eight tenths behind his rival.
At the front ‘Hirobon’ won the race with a solid 4.6-second margin over Kato.
Kenji Suzuki didn’t take the start in his BRP Audi because he suffered from an injured hand following an incident in yesterday’s race.
The next event of TCR Japan will take place on 15/16 May at Autopolis.