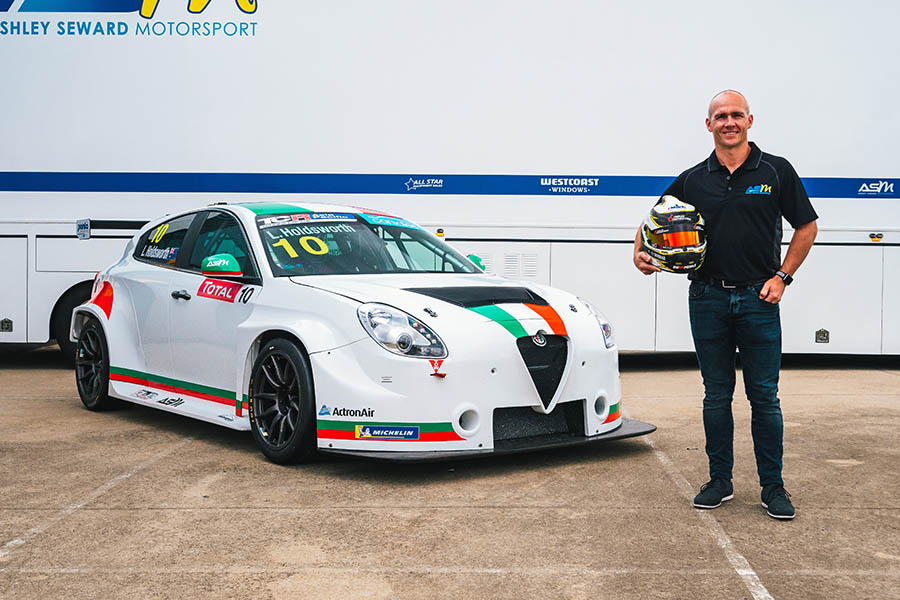 Lee Holdsworth will contest the 2021 TCR Australia, driving an Ashley Seward Motorsport-prepared Alfa Romeo Giulietta Veloce in a two-car attack.
Holdsworth, 37, will join young 17-year-old rising star Jay Hanson in the team; he has competed full-time in the Supercars Championship for the last 15 seasons, amassing an impressive array of achievements highlighted by three race victories and 19 podium finishes.

“It’s brilliant to have my future tied up in TCR Australia with Ashley Seward Motorsport, it’s a really professional team running the Alfa Romeo cars,” said Holdsworth. “It’s a great opportunity for me to continue motorsport in a professional manner. I’ve been following TCR Australia since it started, and it has really close racing with some high-profile names. It’s becoming a well-recognised category and it’s a category that races all around the world. Expectations for the year are pretty high. Just coming out of Supercars, I’m at the top of my game and I expect to be running up the front, bringing home some trophies. From what I’ve seen from Ash Seward and his team, they’ve got all the goods for me to do the job."

Team owner Ashley Seward added: “It’s really exciting to have Lee on board for 2021. The combination of Lee and Jay is going to give our TCR program a strong mixture of youth and experience. We had some strong results in the Alfa Romeo during the 2019 season and we’re confident it will be a competitive package for both Lee and Jay this season.”