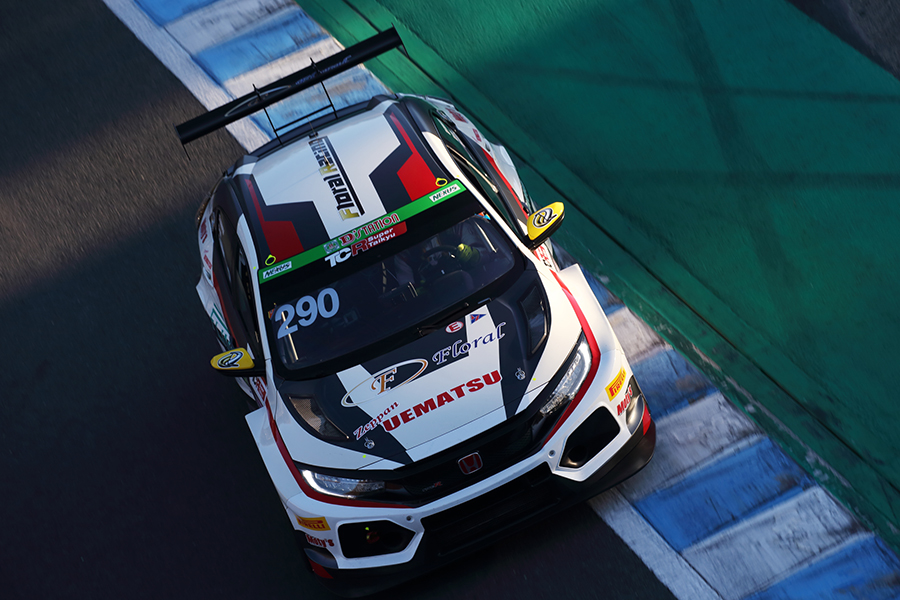 Honda cars claimed a 1-2 finish in the 5-hour race at Motegi Twin Ring, fourth round of the Super Taikyu.
It was the Civic run by Floral Racing with Uematsu that crossed the finishing line in first position, beating the sister car of Racer Dome Racing by only seven seconds.
Tadao Uematsu, Yuji Ide and Shintaro Kawabata shared driving duties in the winning car, while Mitsuhiro Endo, Shinji Nakano, Hiroki Otsu and Shun Koide took stints at the wheel of the Dome car that had topped the class in Qualifying.
Both the Civic teams completed 141 laps of the circuit, leaving the first Audi one lap behind; that was the Audi Driving Experience Japan’s car driven by Hidetaka Nakahara, Ryuichiro Tomita, Masataka Yanagida and Yuki Fujii.
The victory also meant that the Floral Racing Civic took the lead in the standings, 22 points clear of the previous leader, the Waimarama Kizuna Racing Audi that retired eleven minutes before the end of the race with a broken driveshaft.
The next round will be a 5-hour race at Autopolis on December 13th.