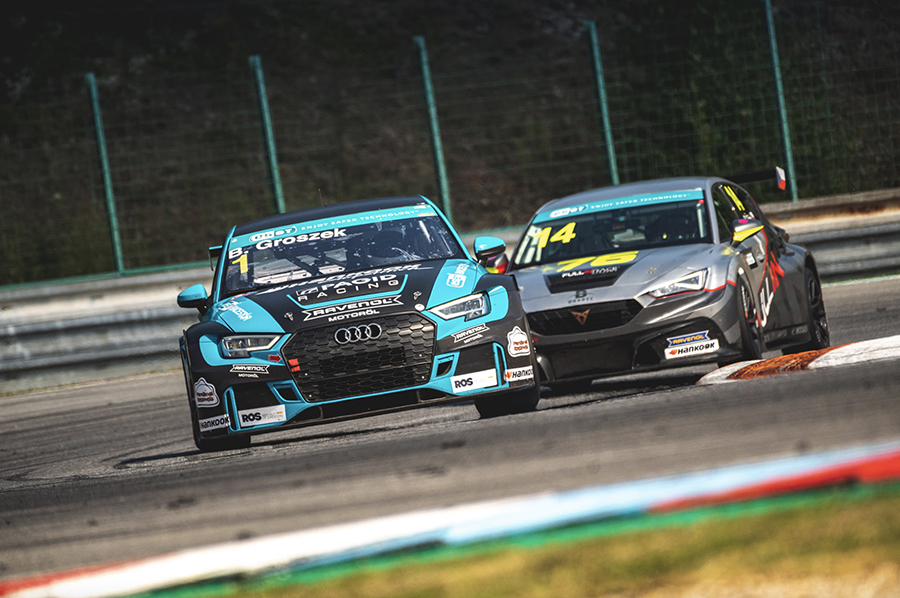 The Horňák-Aditis Racing Team entered two Audi RS 3 LMS cars in the next TCR Europe event at Monza on September 24/26 for Bartosz Groszek and Petr Čížek.
The team that was established in 2018 has taken part in TCR Eastern Europe since 2019, running an Audi car for Radim Adámek. A second car was added for the current season and that was driven by Petr Fulín jr, in the opening at the Hungaroring and Miro Horňák in the second event at the Slovakia Ring.
The car was then entrusted to the 24-year-old Groszek who had won the TCR Eastern Europe SIM Racing title in 2020 and is supported by the ESET RaceStar project. The Pole made his real racing debut on his home event at Poznán and won the second race starting from the pole position on the reversed grid. In the second part of the season, Groszek proved that success was not due to a happy chance as he finished on the podium in all the remaining six races and was placed fourth in the final standings.
In Monza he will be joined by Čížek, another regular competitor in TCR Eastern Europe. The 45-year-old Czech drove a CUPRA to be classified fourth in the 2019 season and 14th in 2020. He switched to a new CUPRA Leon Competición for this year and claimed his first podium in the season finale at Brno on his way to finish eighth in the standings.