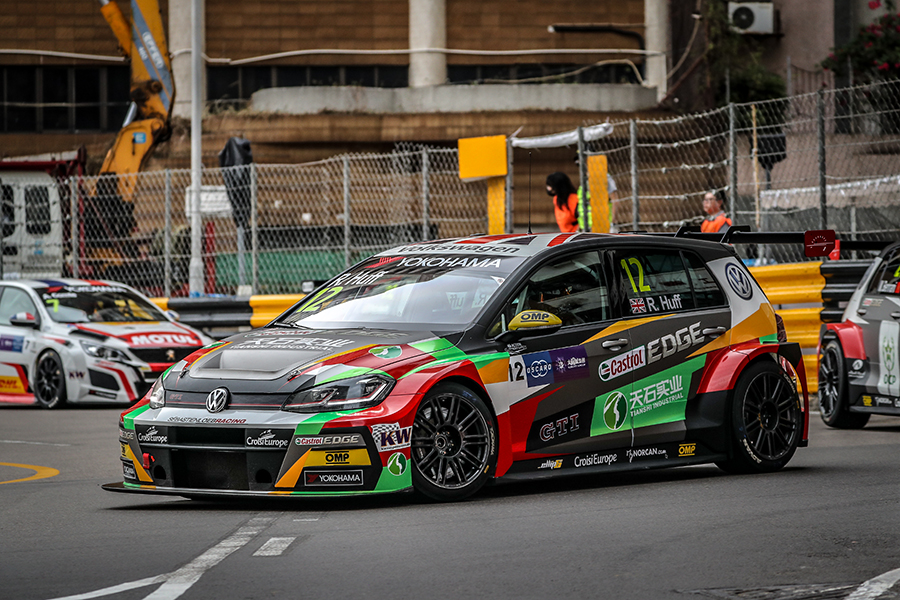 Rob Huff confirmed himself as the fastest Touring Car driver around the Macau Guia Circuit and won pole position for Sunday’s WTCR final race of the season.
After setting the fastest lap in this morning’s first Qualifying that gave him the pole for tomorrow’s Race 1, Huff topped the timesheet once again this afternoon with a lap of 2:29.660 in Q3. And again he demoted Esteban Guerrieri (2:30.034) to second.
Huff had been on top in both the Q1 (2:29.333) and Q2 parts (2:29.207), but in the first half of his timed lap in Q3 he was one tenth slower than Guerrieri. However, in the third sector and despite brushing the wall at Maternity bend, Huff inflicted nearly six tenths to the Argentine, which eventually gave him the pole with a gap of four tenths.
Norbert Michelisz (2:30.218) qualified in third position, followed by Jean-Karl Vernay (2:30.223) and Yann Ehrlacher (2:30.669).
The Q2 part of the session was red-flagged for good three minutes before the end, after Mehdi Bennani crashed at the Maternity bend.
Looking at the title fight, Yvan Muller was not able to improve his sixth fastest lap in Q2 and couldn’t make the cut for Q3, while Thed Björk and Gabriele Tarquini were both eliminated at the end of Q1 and will share the seventh row of the grid for both races 2 and 3. The Swede was struggling after crashing his car in this morning’s first Qualifying and was denied a place in Q2 by Nathanaël Berthon who secured the 12th place on his last attempt. Tarquini crashed at the Lisboa bend with three minutes left on the clock while trying to improve his time.
Timo Scheider will start from pole position of the top-10 reverse grid for Race 2 and Kevin Ceccon will complete the front row.
WTCR action will resume tomorrow with Race 1 at 14:25 local time (07:25 CET).