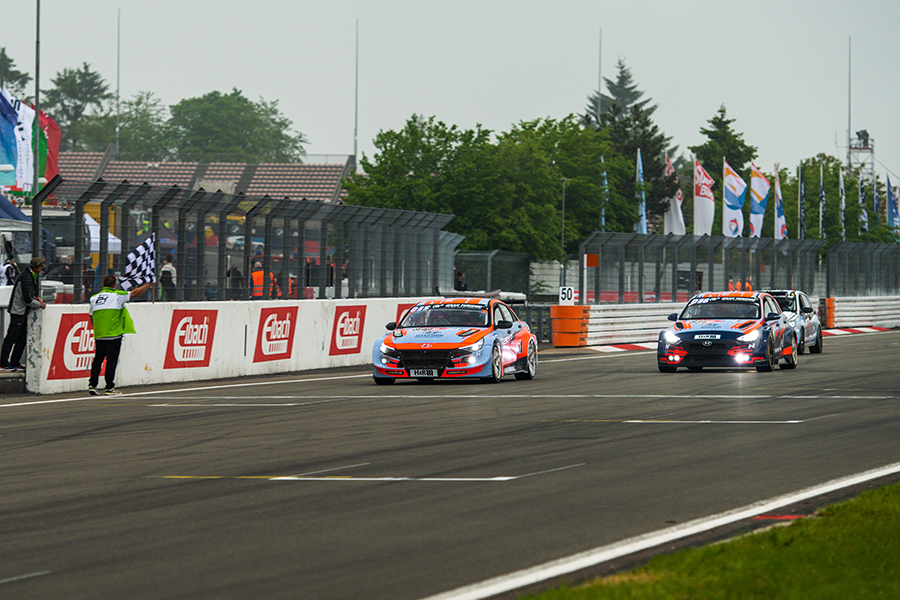 Hyundai Motorsport’s pair of TCR cars dominated the TCR class of the ADAC 24 Hours at the Nürburgring Nordschleife to take their first class victory at the famous event in style.
The two cars qualified first and second in the class – the Elantra N shared by Marc Basseng, Manuel Lauck and Moritz Oestreich, taking pole. It was an advantage that Basseng used to great effect to move into the lead for the first part of the race ahead of the i30 N that was started by Luca Engstler – he would hand over to Hendrik Still and Jean-Karl Vernay in turn. In changing conditions through the opening hours, the pair of Hyundai swapped the lead of the category. After starting on slick tyres both cars had to stop for wets with near perfect timing as weather conditions deteriorated.
Though the track dried as the six-hour mark approached, a fog descended on the Nordschleife, reducing visibility to the point where race organisers put out the red flag, suspending the action for over 14 hours until the green flag flew again at 12 noon on Sunday.
The stoppage erased an 11-minute advantage for the two Hyundai entries over their nearest rival, the Autohaus Fugel Honda Civic Type R driven by Tiago Monteiro, Néstor Girolami, Dominik Fugel and Cedrik Totz that took the class lead.
However, the differing strategies began to even out and the Hyundai cars retook the lead and finally extended their advantage to nearly a lap, finishing in 35th and 36th positions overall, split by two tenths only.