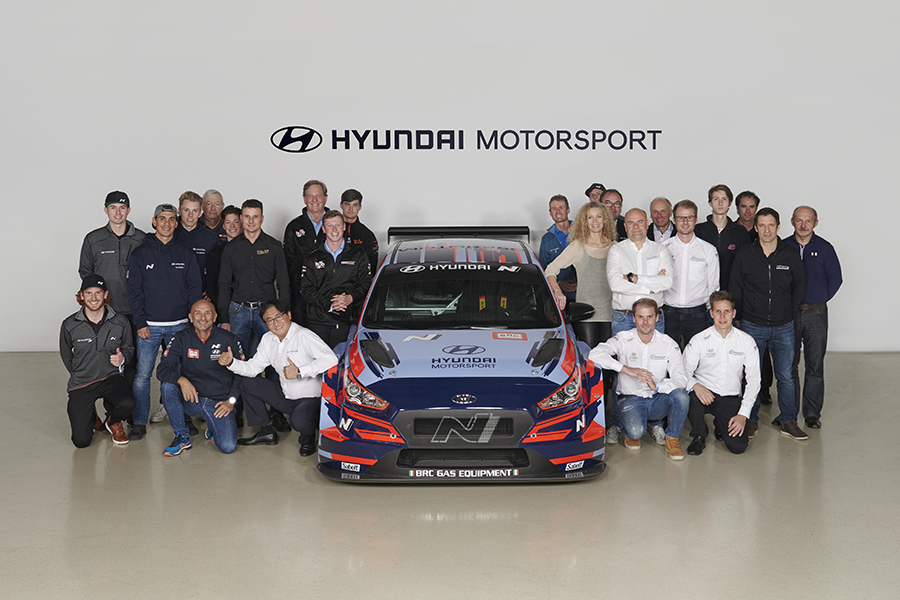 Hyundai Motorsport Customer Racing celebrated a strong 2019 season at the company’s Alzenau headquarters yesterday.
Some of Hyundai Motorsport’s most successful customers attended a special prize giving ceremony that was held only metres away from where the winning cars are built.
Amongst the prize-winning drivers were Luca Engstler and Diego Morán, first and second in TCR Asia, TCR Europe champion Josh Files, TCR Germany champion Max Hesse and Will Brown who claimed the inaugural TCR Australia title; they were all at the wheel of Hyundai i30 N TCR cars.
Likewise, the Hyundai Veloster N TCR – in its first year of competition collected its share of success in the USA-based IMSA Michelin Pilot Challenge series with the Bryan Herta Autosport cars finishing first and second. The title went to Michael Lewis and Mark Wilkins, while Mason Filippi and Harry Gottsacker were classified in second position.