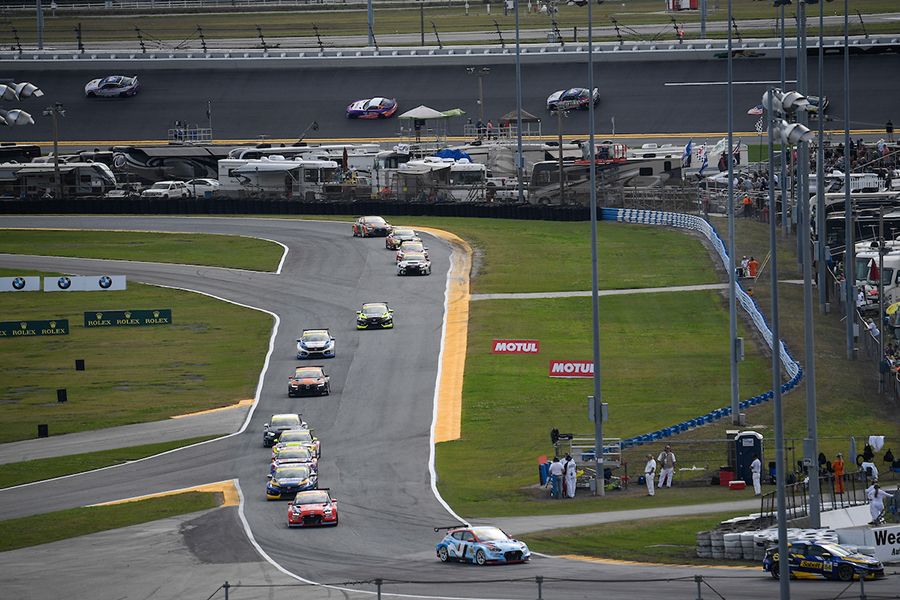 IMSA has unveiled a revised calendar for the Michelin Pilot Challenge that had been suspended for the coronavirus pandemic before the second event of the season that was scheduled at Sebring on March 9/10.
IMSA had already announced the postponement of the Sebring 2-hour race to November 12/13 as the season closing round and then called off the following three meetings at Mid-Ohio (May 1/2), Watkins Glen (June 26/27) and Bowmanville in Canada (July 3/4).
Both the Mid-Ohio and Watkins Glen rounds have been postponed to September 25/26 and October 2/3 respectively.
Competition will now resume at Sebring on July 16/17 for the second round of the season, an event that replaces the one of Lime Rock that was due to be held on the same date, but has now been put back to October 30/31.