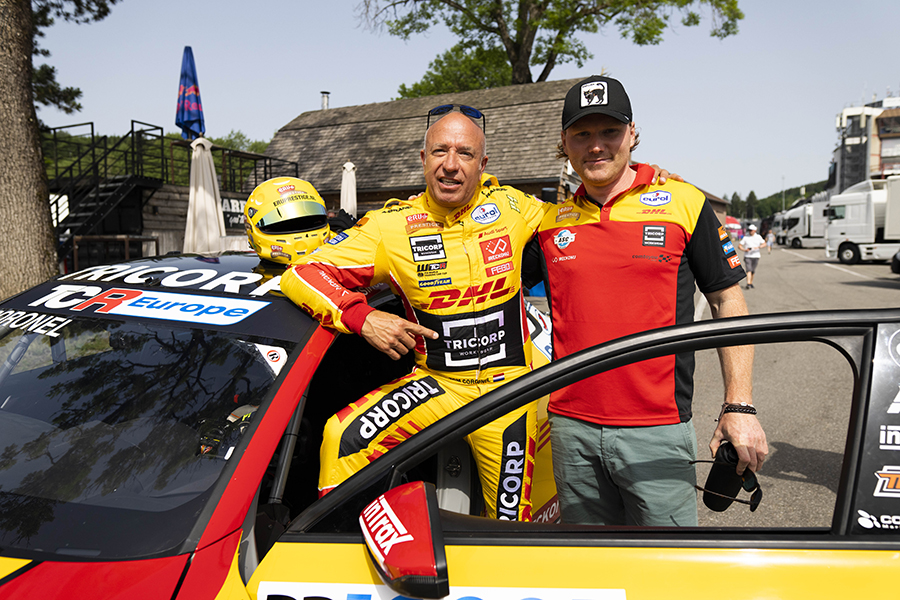 In TCR Europe Paulsen steps up for Coronel at the Norisring

Comtoyou Racing’s Tom Coronel will miss this weekend’s TCR Europe event at the Norisring due to a clash with WTCR. Coronel, who currently lies second in the standings, will be replaced by Stian Paulsen in his Audi RS 3 LMS.

Paulsen was a regular in TCR Europe in 2018 and 2019; after not competing for the last two seasons the Norwegian was only able to briefly test the Audi at Spa last week, but he knows the Norisring from the 2011 SEAT León Supercópa.

“I have been stalking Tom to become his replacement driver and it worked out in the end. I did three laps with the Audi at Spa in the rain, that’s my only experience with the car so far, but I know the team is good and the car is good so now it is all up to me!” said Paulsen.

Coronel added: “For the last two years, Stian has been sending me messages prior to every race to ask whether I had contracted Covid and saying that he was ready to step in for me if needed; he sometimes even wrote to say that I was looking ill on my videos or Instagram! So, I ended up promising that he was the first I would call whenever an opportunity should come up, which is now the case. He is a good guy. He is fast, he is fun, and he is a safe pair of hands behind the wheel. I have a lot of respect for the way he has been running his own car, doing it all by himself. I will keep an eye on what he is doing at Norisring, of course!”